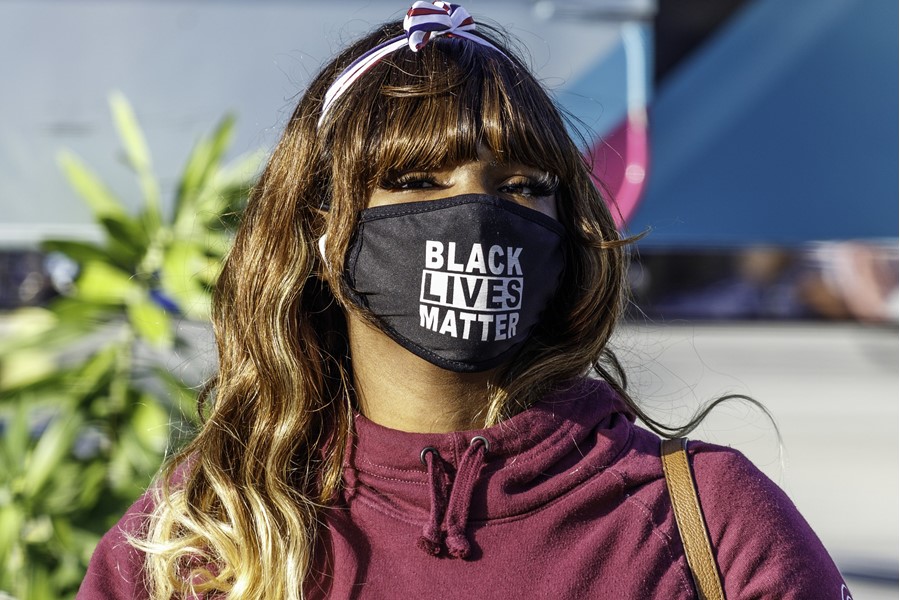 LOS ANGELES – More than 1 million doses of COVID-19 have been administered in Los Angeles County to date, but statistics released Monday revealed a “shockingly” low percentage of doses being given to Black residents, with roughly half of the doses so far going to white and Latino people.

According to the county Department of Public Health, the county has received more than 1.28 million doses of the vaccine as of Feb. 4, and more than 1.05 million doses — about 82% — have been administered. But breaking down those doses by ethnic groups showed a major disparity, with 25% of people receiving at least one dose listed as white, 25% as Hispanic, and just 3.5% as Black. Asians represented 18%.

“Shockingly, Black residents have received only 3.5% of all administered doses, highlighting a glaring inadequacy in the vaccine rollout to date,” Public Health Director Barbara Ferrer said.

Ferrer noted that since the early priority list for the vaccine includes health care workers, some of those workers receiving the vaccine may not actually be county residents. But when looking solely at residents aged 65 and over who are eligible to receive the shots, “Black residents have the lowest vaccination rate of all racial and ethnic groups at 7.2%, and this is less than half the rate of white residents and a third the rate of Pacific Islanders.”

“In the Latinx community, which has experienced the highest case, hospitalization and death rates, only 14% of Latinx residents (aged 65 or older) have been vaccinated to date,” she said.

Ferrer said health officials are “alarmed” by the disproportionate numbers, and closing those gaps “is a top priority” for the health agency.

“We’re going to continue to work with our community partners to ensure that we’re not only getting everyone vaccinated quickly, but we’re addressing the need to provide easier access to neighborhood sites and better access to accurate information about the vaccines,” she said.

County Supervisor Hilda Solis said she was distressed by the numbers, which she said show “we still have a lot more work to do.”

The disparate numbers come amid a continuing overall shortage of vaccine supply. The limited availability of doses will restrict the county’s five large-scale vaccination sites for the rest of this week to administered solely second doses to people who have already had the first shot. That means people still looking for their first inoculation will find it difficult to find an appointment, although some will be available at select other vaccine locations.

The county is continuing to see a drop in case numbers, with just 2,741 new infections reported Monday, although early week figures tend to be artificially low due to weekend reporting lags. Those new infections lifted the countywide case numbers since the pandemic began nearly a year ago to 1,149,064. Ferrer said the county has also confirmed a fifth case of the coronavirus variant first detected in the United Kingdom. That variant is not considered more dangerous or deadly, but it is transmitted much more easily.

Health officials also reported 93 additional deaths due to COVID-19, raising the overall death toll to 18,135. According to state figures, there were 4,079 people hospitalized in the county due to COVID-19 as of Monday, roughly half the numbers seen in early January at the height of the winter surge. There were 1,193 patients in intensive care units due to the virus. View the latest detailed report by city and demographics here.

Dr. Christina Ghaly, director of the county Department of Health Services, noted the “slow but steady” decline in hospital populations, and said hospitals are no longer diverting ambulances at the excessive levels they were a month ago. Hospitals are also beginning to resume the scheduling of surgical procedures that had to be put on hold under a state order that was finally lifted last week.

But Ghaly warned that some hospitals are still feeling the impacts of the surge, and while ICU space is improving, some medical centers are still overwhelmed with ICU patients, who require more attention and more specialized care. She urged anyone who thinks they need to medical care to seek it.

“We don’t want people to delay medical care if needed,” she said.