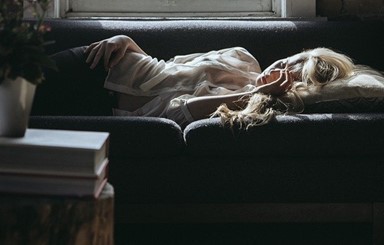 LOS ANGELES – People who are unable to keep up with rent or mortgage payments get less sleep, and those who are forced to move because of financial problems sleep even less, according to study results reported Monday by the Los County-based RAND Corp.

“This is the first study that demonstrates that housing insecurity represents a distinct impediment to healthy sleep duration and quality,” said Robert Bozick, the study’s lead author and an adjunct researcher at the nonprofit research organization. “The stability and condition of one’s home environment are critically important for health and well-being.”

To come to their conclusions, researchers followed 1,046 people enrolled in a welfare program over several years and analyzed the relationship between housing insecurity and sleep duration and sleep quality. The random sample of adults was drawn from a population of 15,600 economically disadvantaged families who first enrolled in CalWORKs between 2011 and 2014 in Alameda, Fresno, Los Angeles, Riverside, Sacramento and Stanislaus. Study participants completed surveys in 2015-16 and 2017-18.

The reductions in sleep quality detailed in the study are “small to moderate by conventional standards,” but RAND researchers said that sleep is cumulative, so slight reductions accrue over time and eventually create more pronounced sleep deficits.

“Considering the downstream health implications of housing insecurity is particularly timely given the economic fallout from the coronavirus pandemic,” Bozick said. “National surveys show many Americans are having trouble making their housing payments, which may lead to greater reliance on social safety net programs like welfare in the near future.”

Support for the study was provided by California Department of Social Services.

3 comments for "RAND study: People who struggle to pay rent get less sleep"