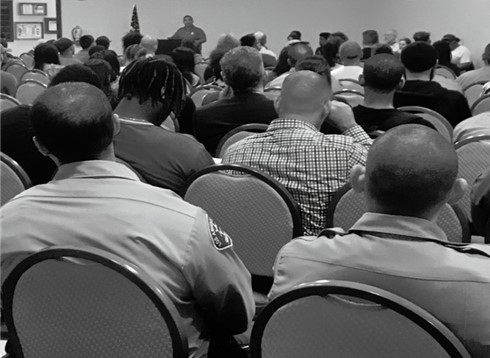 The virtual townhall meeting will feature local deputies answering questions about a variety of topics, including the Lancaster Sheriff Station’s new “Zone Team.”

About the Zone Team

On Jan. 25, Lancaster Station assigned three deputies to cover “zones” in the city.  The zone deputies are handling quality of life issues, most of which are non-criminal; although some issues may be criminal in nature. Examples of issues the zone team handles include nuisance neighbors, ongoing issues for businesses with panhandlers, noise complaints for residents, squatting, and narcotics activity.

The zone deputies analyze and assess each complaint, and then funnel the complaints to the appropriate agencies and resources, including patrol deputies, LANCAP, Los Angeles County Code Enforcement and the city of Lancaster.

The zones are divided as follows:

How to submit questions to the CAC townhall meeting

Questions from the community will be answered on the day of the virtual townhall meeting, but residents are welcome to pre-submit questions by emailing lbgreen@lasd.org.

Established in 2012, Lancaster’s Community Advisory Committee is comprised of residents, business owners, and leaders throughout Lancaster Station’s patrol areas who act as a liaison between the Sheriff’s Department and the local community.

“The Lancaster Sheriff’s Station Community Advisory Committee seeks to bridge the gab between the community and our local law enforcement,” according to the group’s Facebook page. 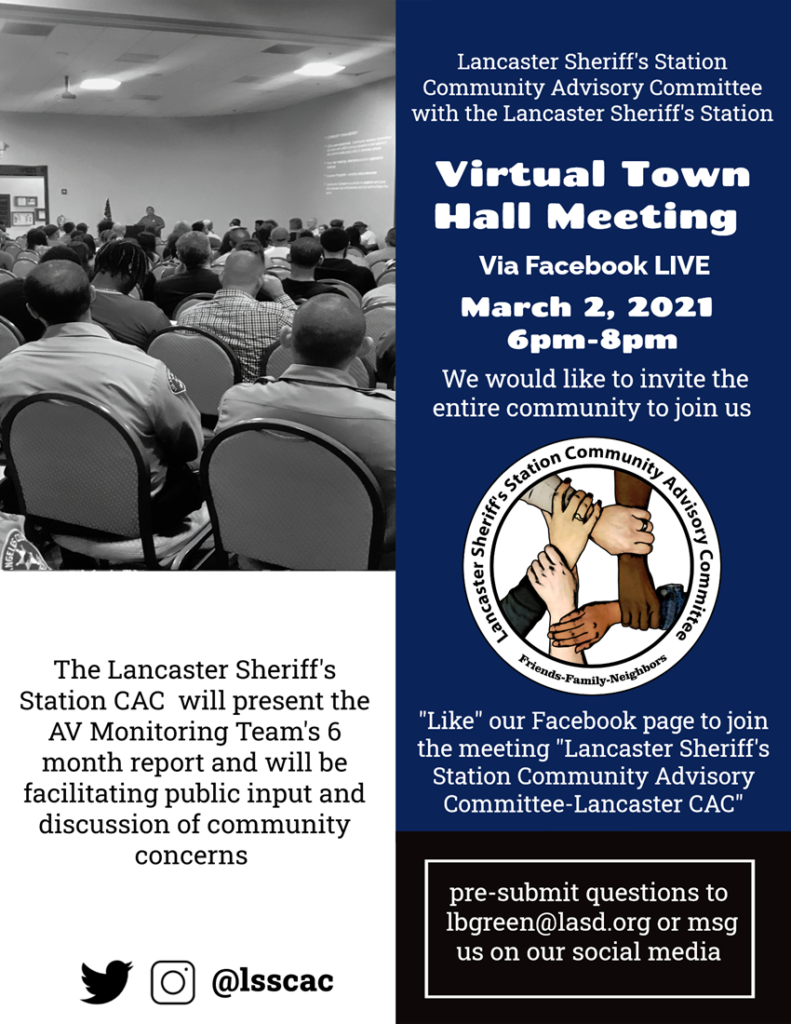