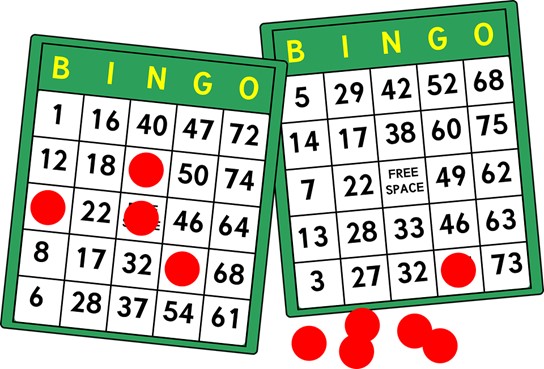 Bingo is one of the world’s most popular games. The fast and frenetic game of luck, memory and alertness is easy to pick up and learn for players of all ages.

The fundamental idea of Bingo is to try to check off all your numbers before anyone else. The numbers are randomly drawn by a caller, and if you get a row of numbers marked off on your card you get to shout out ‘Bingo!’ and win the game.

While this is the same in both the US and the UK, there are a few significant differences in how the game is enjoyed.

This article looks at the popularity of Bingo in both nations, and how it is played.

Bingo in the UK

Bingo is hugely popular in the UK. The game is thought to have its roots in medieval Italy, and originally arrived in the UK and other parts of Europe in the 18th Century in the shape of the lotto. While lotto evolved into national lotteries and the like, bingo took a different path.

A large part of the success of Bingo in the UK came from the social aspect of meeting friends in the bingo halls. These game rooms enjoyed a spectacular boom period from the end of the second World War in 1945 through to the peak of their popularity in the 1960s.

By the middle of the 1960s, 150,000 Brits a day visited a local hall. Bingo halls had become ingrained in the local culture, yet by the end of the century the appeal of the halls had diminished significantly.

In recent years, UK Bingo has moved away from its former home in the halls to a striking new image online. As a digital game, online bingo draws in a more diverse audience than it used to, with players of all ages and backgrounds enjoying the thrill of the call.

Players in the UK now opt to play bingo online so they can play at their own convenience, rather than waiting for when a bingo hall is open or having to plan a night spare to go play a game. Now, many can sit down on their mobile, tablet or laptop and access some of the best bingo sites to win on from the comfort of their own home.

Bingo in the USA

Bingo also enjoys a healthy popularity in the US. It’s played slightly differently though, with one of the major differences being the number of bingo balls.

In the US, the number of balls is usually numbered at 75. There are also regional differences in the US, with different versions of the game gathering popularity at various times.

These variations are largely because the history of Bingo in the US also takes a different route to that of the UK.

Originally arriving on American shores in the 1920s, the game inspired by European lotto was first known as ‘Beano’. This was down to the fact that players covered their cards of numbered squares with rows of beans.

The move from ‘Beano’ to ‘Bingo’ is variously cited as being because a player mistakenly called out ‘Bingo!’ in place of ‘Beano’, or because the word sounds like a bell being rung when hollered out.

Whatever happened, the name duly stuck, and Bingo headed into the halls and homes of the USA. This was largely down to the work of toy salesman Edwin S. Lowe who popularized the game.

Lowe hired a mathematics professor to help him develop the various combinations of winning rows in bingo cards. He also built a casino hotel in Las Vegas where Bingo could be played. All of this helped to spread the visibility of Bingo as a game to be enjoyed throughout the country.

In today’s world the switch to online Bingo has been more gradual in the USA than in the UK, with bingo halls still proving popular in many cities and towns nationwide.

A large part of this is due to the fact that the nature of online gambling is somewhat confused in the US; many states have not legalized online gambling.

Online gambling and the future

The actual legal phrasing of the act looking into gambling makes it clear that online gambling sites based in the US are illegal. However, it is not illegal for someone to place a bet on a gambling site that is not operated on American soil.

All of the legal structure of gambling and sports betting is rapidly changing in the US. There is every reason to suppose a new age of online sports betting and games gambling is just on the horizon.

As the implications of changes in the way that bookies and gaming organizations begin to take root, gamers can look forward to a clearer picture.

With official regulation providing ways to embrace online gaming in full, there is good reason to suppose that online bingo could start to reach the heights that it has done in the UK.

Whichever way you look at it though, Bingo is massively popular throughout the world especially in the UK. A fun game with real benefits to memory and concentration, the game provides an exciting format of play across the globe.

Dynamic and resilient, as Bingo moves into a new era it looks set to remain one of the best-loved games anywhere. A rich history helps to inform the fundamental dynamism and excitement of the game.