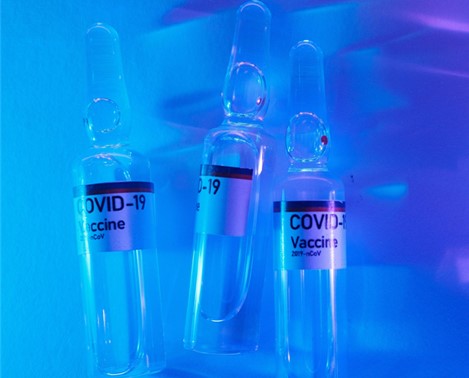 LOS ANGELES – Los Angeles County officials said Tuesday they will follow state guidance in moving from vaccinating residents by occupation to focus solely on age  — once a significant number of the roughly 3 million people who qualify in this tier or the next get their shots.

The county is currently vaccinating health care workers and residents 65 years and older, who were made eligible based on recent federal and state guidance.

Beginning in mid-February, eligibility will expand to include education and child care, emergency services and food and agricultural workers, which county Public Health Director Barbara Ferrer said amounts to roughly 1.4 million people. There are about 1.5 million adults 65 or older countywide.

“We are going to need to work with the state and with the federal government to get a lot of vaccine supplied, but I think after that, they are going to dispense with the tiering and move to prioritization by age group, which will be so much simpler,” Ferrer said.

Ferrer said she didn’t yet have details on how those age groups would break out, and a news release in which Gov. Gavin Newsom announced a plan to streamline allocation did not offer additional specifics. Ferrer and various board members expressed optimism that the Biden administration will be more transparent about future supply, which could also make distribution more efficient.

Ferrer said Los Angeles County’s own distribution is complicated by the sheer numbers of eligible residents in every category, including health care workers who work in the county but are not residents. The county distributed 76% of the doses it had received as of Jan. 12, the latest available data. That does not include doses allocated directly to Walgreens and CVS through federal partnerships or to large health systems like Kaiser Permanente across multiple counties.

The state is building out a network to more efficiently deliver vaccine to all the entities licensed to vaccinate residents, including public health systems, pharmacies, health systems, public hospitals, community health centers, pharmacies and pop-up and mobile sites. According to the governor, the system will focus on getting vaccine to high-throughput sites.

Ferrer told the board she believed Los Angeles County could get up to 300,000 doses weekly “into people’s arms” at the 190 sites currently open and “easily” build — within a week or two — to 500,000 doses per week. That would stretch capacity in future weeks when second doses need to be delivered, she said, requiring the county to build more infrastructure over time.

The state’s new approach will “continue to focus on equity,” according to Newsom’s office. “Vaccines will be allocated to make sure low-income neighborhoods and communities of color have access to vaccines, and providers will be compensated in part by how well they are able to reach underserved communities. Real-time data will allow for adjustments to be made if initial equity targets are not met.”

The county’s Black health care workers have been getting vaccinated at a much lower rate than any other racial group, largely due to concerns about safety, according to Dr. Christina Ghaly, who runs the county hospital system.

“There’s just a lot of concerns about this being a new vaccine …. without full FDA approval,” Ghaly said, underlining that the vaccine has been authorized for emergency use. Ghaly stressed that it is not a live virus vaccine and cannot cause COVID-19 and that the vaccine does not interact with preexisting conditions, concerns she has heard raised by staff. Both Ghaly and Ferrer said listening and getting information out through more trusted messengers are key to increased participation over time.

Homebound seniors are another concern. Ferrer said a mobile health care unit that has been working with skilled nursing facilities may be redeployed to reach out to large senior housing developments to get residents vaccinated. The county is also working with ride-hailing companies to provide free or low-cost transportation for senior to vaccination sites.

Ferrer stressed that vaccine is not being thrown away at sites. Workers are careful not to load syringes until someone is on line for a vaccination, she said. If partial vials are available at the end of the day despite that careful allocation, Ferrer said volunteers helping out at vaccine sites are allowed to get shots.

Supervisor Kathryn Barger, who like the other supervisors had recently visited vaccine sites to see the work in action, agreed, saying, “We recognize how important and valuable this vaccine is.”

Frustration remains with the county’s appointment site, in part because dates can only be scheduled out a week at a time given uncertainties about how much vaccine will be available. Pharmacies are also being urged to use all their vaccine the week it arrives.

“No one is really willing to schedule out past a week,” Ferrer said. “I do think February will be much more predictable.”