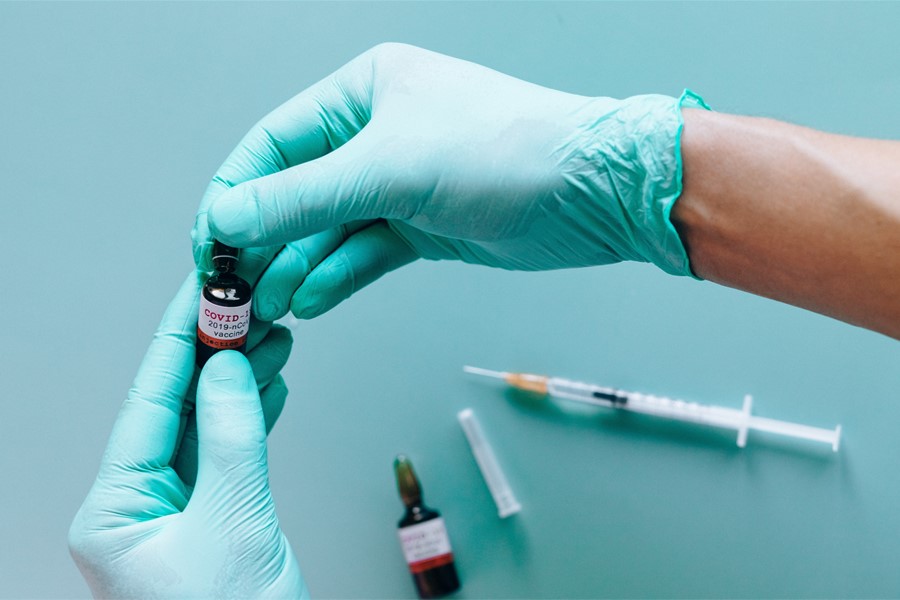 LOS ANGELES – Los Angeles County continued to urge patience Friday among residents anxious to get a COVID-19 vaccination, with supplies remaining woefully short and the overburdened online reservation system leaving many people frustrated as they try to schedule appointments.

Meanwhile, county health officials continued to note a leveling-off of new COVID infections and hospitalizations, while warning that the improvements do not mean the region has emerged from the surge that began in November.

The daily number of COVID-19 deaths reported by the county remains elevated, with 256 fatalities announced Friday. It was the third straight day the number topped 200, with 262 fatalities reported on Wednesday and Thursday. The new deaths lifted the countywide death toll since the pandemic began to 14,894. The county also reported another 9,277 cases, lifting the cumulative total to 1,054,802. Health officials noted Thursday that the average daily number of new cases had dropped 30% over the past week. View the latest detailed report by city and demographics here.

Most recent figures provided from the state showed 7,073 people hospitalized in the county, including 1,687 in intensive care. That’s a significant drop from the 8,000-plus patients that were reported in early January.

“We are also seeing a decline in hospitalizations and several other indicators we track, including test positivity rate, percentage of emergency department visits associated with COVID-19 and percentage of respiratory specimens positive for COVID at sentinel laboratory surveillance sites,” said Dr. Paul Simon, the county Department of Public Health’s chief science officer.

“However, despite these promising trends, I do want to emphasize that the numbers of cases, hospitalizations and deaths remain far too high,” he said. “So while there’s reason to be hopeful, we all must remain vigilant and continue to be disciplined, wearing masks, physically distancing when outside the home, avoiding gatherings and washing our hands frequently.”

Simon urged people to remain patient with efforts to administer vaccines, again pointing to a shortage of doses on hand and continued uncertainty about future allocations. He noted that the county’s large-scale vaccination sites that opened this week — each capable of administering 4,000 shots per day — will be operating at much lower capacity next week, likely in the 2,000 to 2,500 range.

The county expects to receive about 143,900 more doses of vaccine next week. However, since people need to receive two doses of the medication, spaced three to four weeks apart, the bulk of the vaccine coming next week will be used to administer second doses to people who have already received the first shot. Public Health Director Barbara Ferrer estimated earlier that only 37,900 of the doses coming next week will be available for people to receive their first dose.

Simon said Friday that the most recent figures showed that 441,140 doses of vaccine have already been administered in the county, although he said that number is likely much higher due to delays in tallying vaccination totals. As of this week, the county had received about 853,000 total doses.

Simon said people should not look at those numbers and assume there are 400,000 unused doses in the county, noting again the lag in vaccination reports and the daily administration of doses. He also noted the need for much of the medication to be used as second doses for people who have already received the first shot. If the county’s weekly allotment doesn’t dramatically improve beyond the current average of about 150,000, “the vaccination effort will likely extend well into 2022,” Simon said.

“We are hopeful vaccine production and shipments to California will increase,” Simon said. “We have a new federal administration that has pledged to make this happen. We are also hopeful that several other vaccine manufacturers will receive federal authorization for emergency use of their vaccines in the coming months, and that should help increase supplies to California and ultimately to Los Angeles County.”

He said if the county can get its allocation increased to 500,000 per week, “we would have the potential to reach 75% of the adult population in the county, or 6 million adults, by mid-summer.” In the meantime, he urged patience, saying, “We do understand how important it is to get vaccine out as quickly as possible.”

He said the state is upgrading its vaccine-appointment website, to which the county system is linked, so it should operate more smoothly as early as next week. County residents trying to make appointments should use the county website vaccinatelacounty.com.

The county also has a call-in reservation system, which is available from 8 a.m. to 8:30 p.m. at 833-540-0473. But that line should be used only by people unable to use the website, since call volumes are already exceedingly high, Simon said.