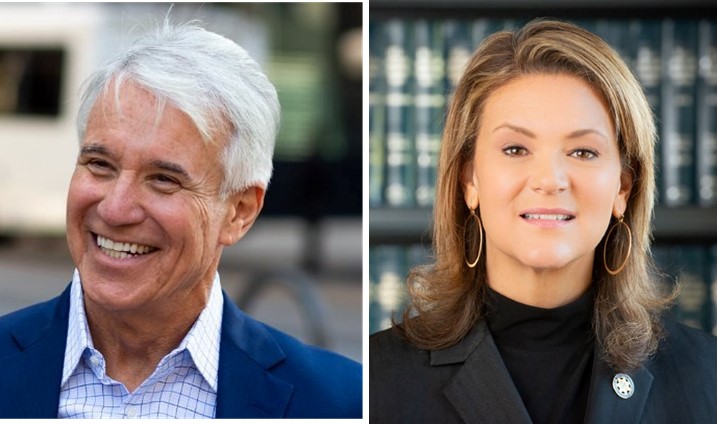 LOS ANGELES – Fresno County’s top prosecutor has penned a letter to her counterpart in Los Angeles County, telling him that a series of controversial directives he issued upon taking office last month are “extreme” and “already wreaking havoc on crime victims.”

The letter, dated Monday, is the second that George Gascon has been sent in recent weeks in which a district attorney from another county has refused to grant him jurisdiction in cases involving defendants accused of committing crimes in the counties they represent.

Last week, Sacramento County District Attorney Anne Marie Schubert characterized many of Gascon’s directives as “illegal and unconstitutional” — a contention repeated again by Fresno County D.A. Lisa A. Smittcamp. The Los Angeles County District Attorney’s Office declined to comment on the latest letter. Last week, Gascon said “prosecutors like Ms. Schubert love to push their backwards policies in the names of victims, but they do so in ignorance of the harm caused to the broader community and the additional victims the date shows these policies create in the future.”

Smittcamp wrote: “Your special directives are extreme, and they are already wreaking havoc on crime victims and ignoring their constitutional rights. Your lack of concern for victims’ rights and public safety is of great concern to all of us who pride ourselves on protecting those very things. Crime has no boundaries, and these special directives will certainly impact areas outside of Los Angeles County.”

Smittcamp noted that they had served as district attorneys at the same time – – she in Fresno County and he as district attorney in San Francisco before his election last November as Los Angeles County’s chief prosecutor — but that the two have never met and that she wasn’t sure that they share much in common.

“I would like to better understand your thoughts and goals,” Smittcamp wrote. “I would like to know how you foresee your plans being beneficial to your county and this state, because no matter how many angles I have tried to see it, it all ends up with more crime, less accountability, less responsibility, more victims, more addiction, more mental illness and California continuing to struggle.”

The San Diego D.A. noted that she had agreed to allow the Los Angeles County District Attorney’s Office to prosecute Nelson for the San Diego crimes with the understanding that he would face a maximum sentence of life prison without the possibility of parole if he is convicted, but that the 31-year-old defendant could be eligible for parole as early as age 50 as a result of Gascon’s directives, which were issued shortly after he was sworn into office Dec. 7.

Judge Jose Sandoval agreed to allow the San Diego County District Attorney’s Office to reclaim jurisdiction for the crimes allegedly committed in that county, with the judge expected to hand down a formal ruling Feb. 26 to allow San Diego time to file the robbery charges in its jurisdiction.

The judge also rejected a bid by the Los Angeles County District Attorney’s Office — under one of Gascon’s new directives —  to dismiss special circumstance allegations against Nelson that could result in a life prison sentence without the possibility of parole if convicted of the two killings. Several other judges have made similar rulings in other murder cases.

Gascon’s directives have come under fire from families of crime victims — some of whom are supporting a planned effort to try to recall him.

Former Los Angeles County District Attorney Steve Cooley and roughly a dozen former prosecutors announced last week that they have teamed up to provide pro bono representation to victims and their families who are being affected by the directives.

“While some prosecutors are having difficulty accepting these changes, there is only one elected official in the D.A.’s Office,” said Gil Garcetti, who served as the county’s top prosecutor between 1992 and 2000 and is the father of Mayor Eric Garcetti.

Ira Reiner, who was Los Angeles County’s district attorney from 1984 to 1992, said, “To avoid unequal application of the law throughout an office of over 1,000 DDAs (deputy district attorneys), serving a population of 10 million, broad issues of policy must, of necessity, reside with the elected D.A. consistent with the law and ultimately answerable to the public.”

Black Lives Matter Los Angeles has also supported the policies, saying Angelenos elected Gascon “because they want transformative change, which means an end to mass incarceration, the prison-industrial complex, and a system that unjustly criminalizes, targets and harshly penalizes Black people, Indigenous people and other people of color.”

Gascon has said that he has a “mandate from the public” to reverse tough-on-crime policies of the past that he said “undermine rehabilitation, exacerbate racial and other inequities in our justice system and they decimate families and communities.”