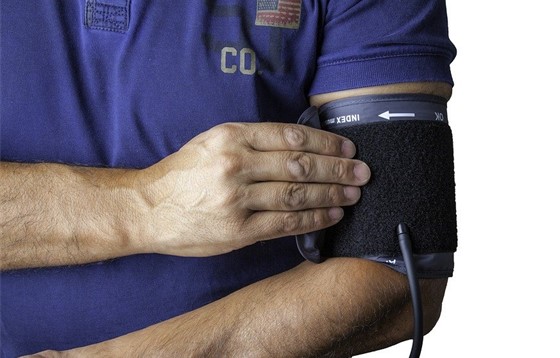 LOS ANGELES – An international research team co-led by a UCLA Fielding School of Public Health professor found that two widely used types of blood pressure drugs are not tied to an increased risk of COVID-19 infection or complications.

The study — the largest of its kind — examined a group of more than 1.1 million patients in the United States and Spain using antihypertensives, according to Dr. Marc Suchard, a professor of biostatistics at the UCLA Fielding School.

The researchers, whose study was published in the peer-reviewed journal The Lancet Digital Health, found there was no increased risk of COVID- 19 diagnosis, hospitalization or subsequent complications for users of either angiotensin-converting enzyme (ACE) inhibitors or angiotensin receptor blockers (ARBs).

“People with hypertension have worse COVID-19 outcomes, and there remains speculation that some anti-hypertensive medications may be detrimental,” Suchard said. “The clear answer is that ACE inhibitors and ARBs pose no increased risk as compared to other treatments.”

The findings support recent regulatory and clinical recommendations that patients should not discontinue ACE inhibitor or ARB therapy due to concerns of increased COVID-19 risk.

“Based on our results, if there is a risk difference, it’s marginal and would be very challenging to further refine outside such a large-scale international study,” Suchard said.

“By comparing people exposed to ACE inhibitor and ARBs against people taking other antihypertensives, either alone or in combination, using two methods across three database the study generated 1,280 comparisons to assess the safety of these drugs, producing highly consistent results,” said co- author Dr. Daniel Morales, a research fellow at the University of Dundee.