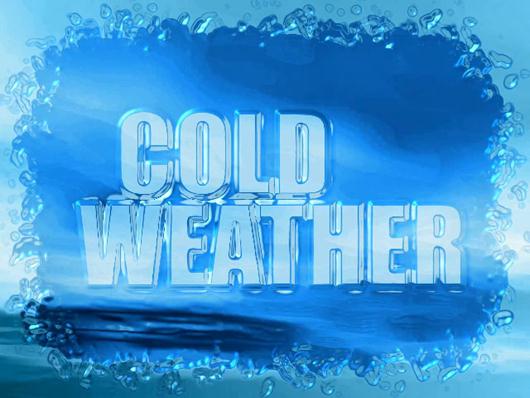 LANCASTER – A cold weather alert is in effect through Wednesday, Jan. 6, for the Antelope Valley, where near-freezing or below-freezing temperatures are expected at night.

“Children, the elderly and people with disabilities or special medical needs are especially vulnerable during cold weather. Extra precaution should be taken to ensure they don’t get too cold when they are outside,” said LA County Health Officer Dr. Muntu Davis. “There are places where people can go to stay warm, such as shelters or other public facilities. We also want to remind people not to use stoves, barbecues or ovens to heat their homes due to the risk of carbon monoxide poisoning.”

Those needing shelter can call the Los Angeles Homeless Services Authority, which has a winter shelter program, at phone number 211 or online at lahsa.org.

Public health officials are reminding the public about the threat of hypothermia, which develops when people are exposed to cold weather for prolonged periods. Early symptoms include shivering, fatigue, loss of coordination and confusion and disorientation. Late symptoms do not involve shivering, but include blue skin, dilated pupils, slowed pulse and breathing, and loss of consciousness. Anyone who has these symptoms or believe they are experiencing frostbite should seek medical care.

Officials are also urging people not to leave pets outside at night when temperatures are at or near freezing, which is 32 degrees Fahrenheit.