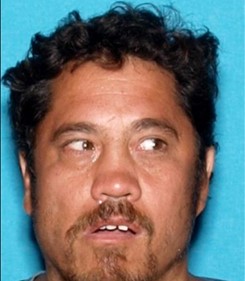 LANCASTER – Authorities are seeking the public’s help to find a man with schizophrenia who went missing from his home in Lancaster.

Padilla is Hispanic, 5 feet 8 inches tall, weighs 180 pounds, and has black hair and brown eyes. He was wearing a white sweatshirt and tan pants.

“Mr. Padilla suffers [from] paranoid schizophrenia. His family has not seen or heard from him,” a sheriff’s statement said. “They are very concerned.”

Anyone with information on his whereabouts is urged to call the sheriff’s Missing Persons Unit at 323-890-5500. 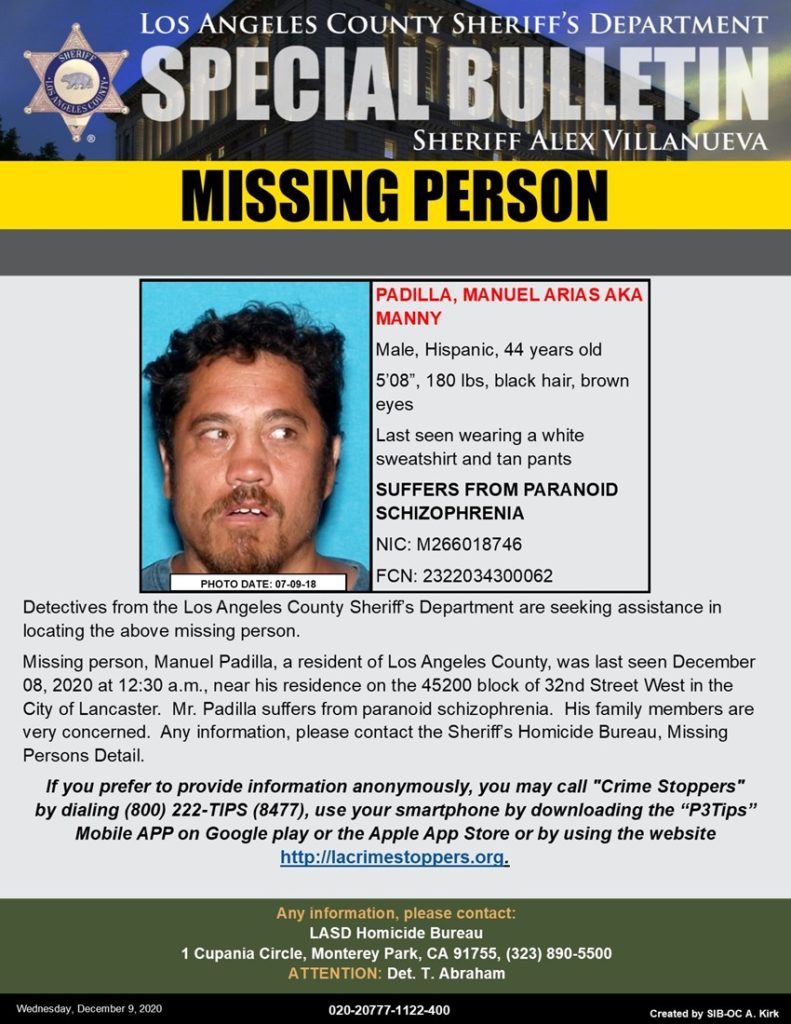