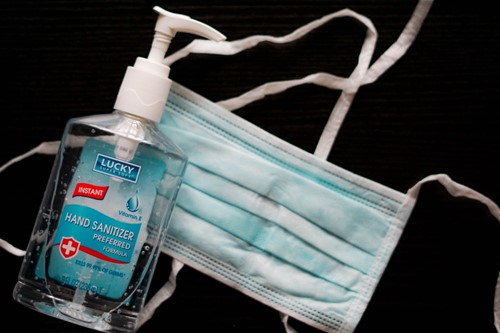 LOS ANGELES – As California and the rest of the nation contend with a surge in coronavirus cases that may trigger additional restrictions, USC researchers Monday pointed to a study finding that people of all ages grew tired of complying with such rules as early as two months into the pandemic.

Though the researchers found some differences based on age, both young and old residents were more likely to engage in behaviors putting them more at risk of contracting the virus by May.

The study was led by Jung Ki Kim, research associate professor at the USC Leonard Davis School, and co-authored by professor Eileen Crimmins, holder of the AARP Chair in gerontology.

Based on a review of data over three months, they found that in March, people adopted public health orders — to wear masks, frequently wash hands and cancel personal and social plans — at the same rate, regardless of their age. However, by May, as compliance dropped off across the board, older people were found to be more likely to implement these preventive behaviors, especially when it came to contact outside their household.

“It is encouraging to observe older people taking more preventive personal behaviors as the pandemic progressed as this may have alleviated their risk of infection,” Kim said. “However, at the same time, it is concerning that people increased risky social behaviors over time, particularly older people, who could have more adverse consequences from meeting with family and friends.”

The one behavior that increased over time was wearing masks. The percentage of people following that advice roughly doubled from April to May.

The researchers speculated that orders about not visiting or being visited by non-household friends and relatives are hard to sustain for months, which does not bode well as health officials warn Americans against travel or joining large gatherings over Thanksgiving for fear of further spreading the virus.

Kim and Crimmins analyzed three waves of data from the Understanding America Study‘s COVID-19 panel of more than 5,000 participants across the country, looking at five behaviors: wearing a mask, hand washing, canceling activities, avoiding eating at restaurants and avoiding crowds. They also considered other risky behaviors such as attending large gatherings and mixing outside their own household.

“Because there is no immediate cure and little treatment for the condition, while scientists are attempting to develop and distribute a vaccine, proper personal and social practices may be the only route to reducing infection for older people,” Kim said. “Given more severe consequences for older people once infected, older people should be strongly encouraged to continue taking preventive personal behaviors and not to increase risky behaviors since the virus could be transmitted during these activities.”

The researchers found some differences in preventive behavior based on gender, race, education, state of residence, health condition and trusted news source.

Blacks, Hispanics and Asian Americans were more likely to comply with public health guidance, perhaps because those groups have also been disproportionately represented among the victims of COVID-19.

Higher compliance was also found among women, more highly educated participants, those with underlying health conditions, residents of states where outbreaks were more prevalent and those who trusted CNN more than Fox News.

The researchers speculated that apolitical, scientifically based recommendations for behavior through the media could have changed behaviors.