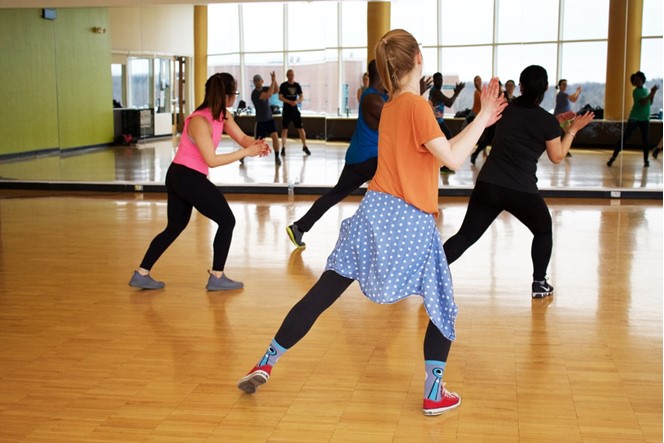 Researchers tracked 382 people ages 52 to 104 — with a mean age of 76.8 — during a recruitment period that started in July 2018 and ended in March, and found a 6.9% decrease in loneliness and a 3.3% improvement in social connectedness.

“These classes had already been shown to reduce the risk of falls in seniors, and this was the first demonstration that they also reduce social isolation, to the best of our knowledge,” said the study’s lead author, Dr. Allison Moser Mays, a Cedars-Sinai geriatrician.

Researchers partnered with local community groups to enroll participants in “evidence-based” exercise and health management classes for people over 50 at nine sites in Los Angeles neighborhoods with a known concentration of low-income older adults.

Some of the study’s participants were referred by a Cedars-Sinai doctor during an office visit, and others found out about the program through community outreach.

Participants met with a health coach who assessed their needs and helped them to select one of four courses — arthritis exercise, enhanced fitness, tai chi and chronic disease self-management — with the three exercise classes proving to be the most popular, according to researchers.

Dr. Sonja Rosen, chief of Geriatric Medicine at Cedars-Sinai and the senior study author, called the results “very exciting because we’ve provided a model that other health systems can easily replicate by integrating evidence- based programs in the community with their organizations.”

“They don’t need to reinvent the wheel,” Rosen said. “The health coach is the key ingredient because they make sure that nobody falls through the cracks.”

Researchers noted that the health coach has been especially crucial since the pandemic began — with classes moving online and participants sometimes needing help to figure out how to log on to the platform. Same thing is happening with online dating, with many senior singles attempting to take advantage of new technologies by signing up to free dating sites for seniors. The situation has impacted everyone’s social lives,  and singles seeking partners have had to adjust how they approach dating and fitness in many ways.”

Of the 59 people who continued with the virtual workouts, there has not been a statistically significant change in loneliness or social isolation one month after stay-at-home orders began, according to data Mays presented at the Gerontological Society of America’s annual meeting. T

Investigators plan to analyze further data as the classes continue and are piloting another program that pairs older adults with younger participants for one-on-one workout sessions online.

“As the demographics of our country shift, more people are living alone than ever before,” Mays said. “The number of adults over the age of 65 in the U.S. is expected to reach more than 70 million by 2030 — double what it is now. We need sustainable ways to help this burgeoning population thrive as they age, or there will be widespread consequences.”

The “Leveraging Exercise to Age in Place (LEAP)” study was published in the American Journal of Geriatric Psychiatry.