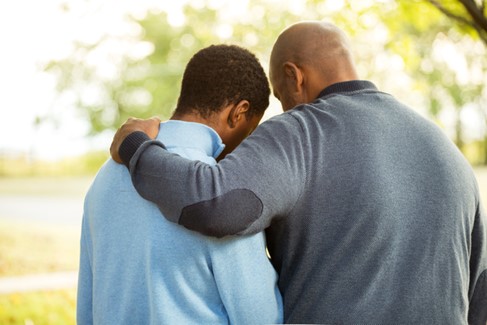 America is observing Veterans Day today (Nov. 11) to honor all of those who have served our country in war or peace, and recognize them for their sacrifices to protect the freedoms we all enjoy.

For many veterans who served in military conflicts, however, they continue to experience nightmares or flashbacks caused by Post-Traumatic Stress Disorder, or PTSD. Those people often relive traumatic events experienced on the battlefield, which have become seared in their memories and can negatively affect their mental health.

In one major study of 60,000 Iraq and Afghanistan veterans, 13.5% of deployed and non-deployed veterans screened positive for PTSD, while other studies show the rate to be as high as 20% to 30%. As many as 500,000 U.S. troops who served in those wars may have been diagnosed with PTSD, according to the study.

“PTSD affects individuals in many different ways,” said Dr. Juan-Carlos Zuberbuhler, a psychiatrist with Kaiser Permanente Southern California. “There’s one common denominator, however. Those who suffer from PTSD can experience significant challenges when it comes to handling daily activities such as work, going to school or having healthy relationships with your spouse, children, friends and loved ones. That can often lead to social withdrawal, anxiety, shame, sleep disorders, or even suicide.”

Dr. Zuberbuhler noted the simplest triggers can make someone with PTSD feel like their nervous system becomes hijacked by a panic reaction, and that can cause you to fight (get angry), flight (avoid) or freeze (feel numb).

He noted certain factors increase the chances of someone developing PTSD, including having directly experienced or repeatedly witnessed the aftermath of a very intense or long-lasting traumatic event, which is common among many veterans.

According to Dr. Zuberbuhler, doing the following may improve a person’s path to recovery from PTSD:

Because there are times when PTSD can cause severe anxiety and other mental health challenges, Dr. Zuberbuhler emphasized the importance of knowing when to seek help.

“If you start thinking about hurting yourself or others, then call 911,” he said. “Additionally, if your symptoms get worse, or you feel your state of mental health isn’t improving, contact your health care provider.”