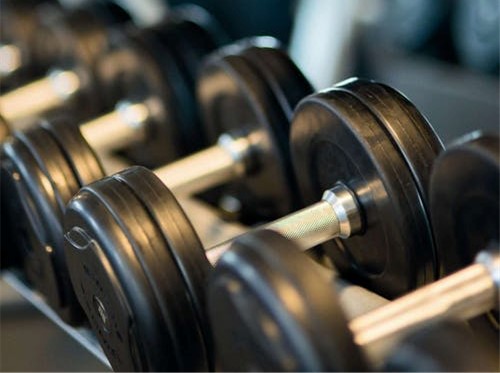 LOS ANGELES – A judge Wednesday granted a request by the state for a speedy hearing on a motion to block the depositions of one current and one former state official in a lawsuit by fitness center chains seeking a relaxing of state and Los Angeles County health orders aimed at stemming the spread of the coronavirus.

Los Angeles Superior Court Judge Mark V. Mooney said he will hear the motion filed by the Attorney General’s Office on Nov. 13 and ordered that all discovery be stayed between the state and the California Fitness Alliance until that date.

In their complaint filed Sept. 14, the CFA argues that the state and county should not continue preventing Californians from having what the plaintiffs maintain is equitable and safe access to indoor fitness centers and the proven benefits, including maximizing their resilience to COVID-19. They say it is vital to one’s physical and mental health.

The suit asks that Gov. Gavin Newsom’s stay-at-home order be ended and that a judge find that county officials abused their discretion by refusing to allow fitness establishments to reopen after the closure order was issued July 13.

The Attorney General’s Office filed its current motion after lawyers for the plaintiffs sought the depositions of someone in Newsom’s administration familiar with the pandemic-related orders as well as that of Dr. Sonia Angell, the state’s former public health officer who resigned in August.

Deputy Attorney General Brian S. Chan maintains in his court papers that the depositions and related discovery are premature and will result in “unwarranted oppression, undue burden and expense.” Chan further states in his court papers that the depositions should be delayed at least until the court has ruled on another motion the state plans to file challenging the validity of the plaintiffs’ claims.

No law exists exempting the Newsom official or Angell from having to testify in the case, according to Street’s court papers.

The indefinite extension of the indoor gym activities shutdown and rules restricting access to fitness centers are jeopardizing the health and well-being of millions of Californians who need a safe and secure place to exercise, it adds.

The shutdown is having a “devastating impact on the many thousands who serve in fitness, most of whom got into the industry because they believe in helping people lead healthier lives,” the suit states.

Not all Californians live in places that are conducive to outdoor exercise, whether due to weather, smoke, lack of open spaces or security concerns, and minority communities are particularly disadvantaged, according to Cory Brightwell, a CFA advisory board member and CEO of Chuze Fitness.