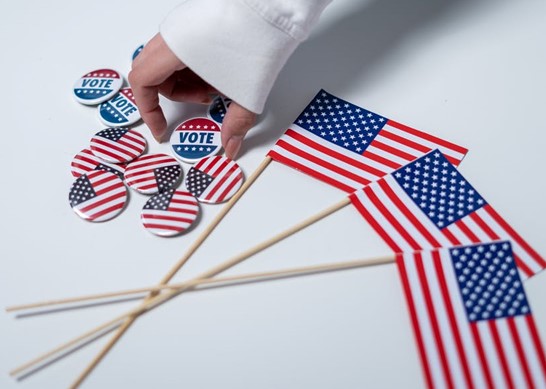 LOS ANGELES – A coalition of Los Angeles County officials and partners gathered Friday to celebrate L.A. Free the Vote, an initiative to encourage people affected by the criminal justice system to understand and exercise their right to vote.

“In an election where the right to vote is being threatened in many parts of the country, L.A. County is proud to be working to restore voting rights to all eligible individuals,” Supervisor Mark Ridley-Thomas said during an event with the Los Angeles Football Club at Banc of California Stadium.

“People who have been involved with jail, prison or probation are disproportionately people of color, and their civic engagement is vital if our society is to reckon with its history of racial discrimination,” Ridley-Thomas said.

The initiative, established by the Board of Supervisors, is co-led by the county’s Office of Diversion and Reentry and the Registrar/Recorder-County Clerk’s office, and it brings together five other county agencies and nonprofit organizations.

“People who vote lead healthier lives, and people who have the experience of system involvement make the strongest case to others in their shoes about the importance of exercising their right to vote,” said former Superior Court Judge Peter Espinoza, the director of the county’s Office of Diversion and Reentry.

People who have been entered into the criminal justice system who can vote in Los Angeles county are people who are on probation, including supervised release and adult felony probation out on bail, or are in jail awaiting trial or sentencing, in jail on an AB 109 felony (low-level felonies diverted to local jails under state realignment) or in jail for any misdemeanor.

People who are in jail awaiting transfer to a state or federal prison for a felony conviction, in jail for a parole violation, serving a state prison sentence under a contract with a county jail or are currently found mentally incompetent to vote by a court cannot vote.

Since 2018, members of the L.A. Free the Vote task force have helped register more than 7,000 people who were entered into the criminal justice system — 5,000 Angelenos in county jails and more than 2,000 who have reentered society.

The initiative has also trained more than 800 county staff and partners on voter eligibility and registration.

People who have not already registered can register in person at any one of nearly 800 vote centers in the county through election day and then immediately cast a ballot.

“We want every voter to know that it is safe and easy to vote, and that there is no better time to vote than right now,” Registrar- Recorder/County Clerk Dean Logan said. “We want everyone to vote and to vote as early as possible to ensure the fastest, safest voting experience for all.”