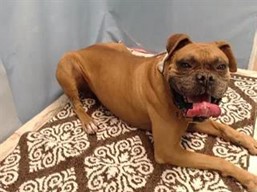 LANCASTER – More than 100 dogs from a commercial breeding kennel that was in the evacuation zone at the height of the recent Bobcat Fire were turned over for adoption, authorities said Friday.

The displaced dogs — which had been taken to Los Angeles County animal shelters in Lancaster and Baldwin Park as a result of the fire — were relinquished several weeks later by the kennel’s owner, according to the Los Angeles County Department of Animal Care and Control.

Shelter employees worked with the less socialized dogs to help make them better companions, officials said. All of the dogs will be spayed and neutered, microchipped and vaccinated before they move into their forever homes.

Photos of the dogs — many of which are ready for adoption — can be found on the department’s website at animalcare.lacounty.gov.