UPDATED: The Los Angeles County Sheriff’s Department reported on Thursday, Oct.8, that Edgar Vasquez had been found. No other details were released.

LANCASTER – A 39-year-old man who suffers from schizophrenia and has made suicidal statements is missing after last being seen in Lancaster.

Edgar Padilla Vasquez was last seen in the 42000 block of 23rd Street West around 10 a.m. Tuesday, Oct. 6, according to the Los Angeles County Sheriff’s Department.

“His family members are very concerned for his well-being and asking for the public’s help in finding him,” sheriff’s officials said in a news release.

Vasquez is Hispanic, 5 feet 9, 180 pounds, with short black hair and brown eyes. He was wearing a gray shirt and dark blue pants, the department said.

Anyone with information on Vasquez’s whereabouts is asked to call the sheriff’s Missing Persons Unit at 323-890-5500. 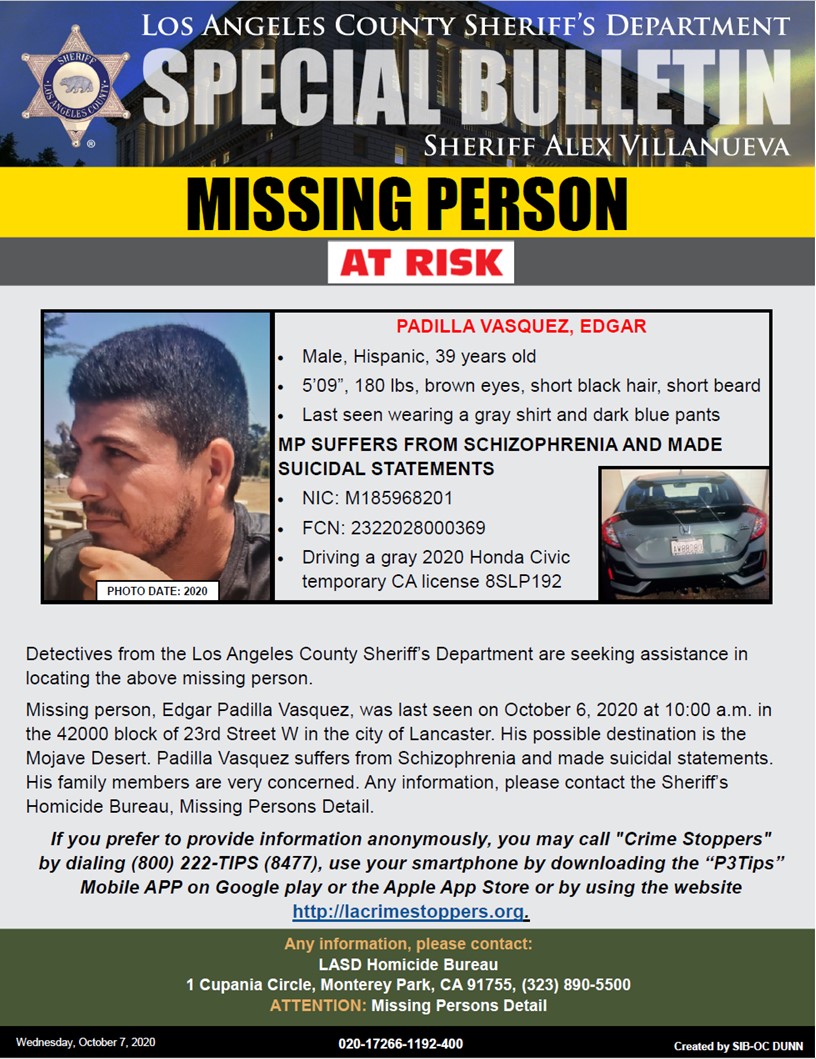