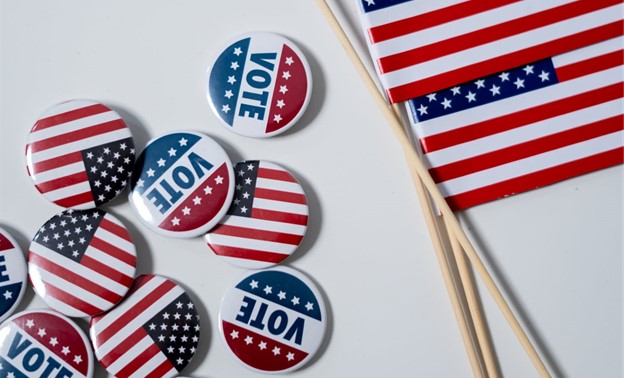 LOS ANGELES – Vote-by-mail ballots will be sent to all registered Los Angeles County voters by Monday, and county officials are urging residents to use the mail-in ballots as the safest, most convenient way to make their voice heard while preventing the spread of the coronavirus.

“People (can) cast their vote in a safe and secure way despite the challenges that we’re facing in our community related to the pandemic,” Registrar-Recorder/County Clerk Dean Logan said during a public Zoom information session Thursday. “We’re taking every precaution to ensure the health and safety of our voters as well as our election workers.”

Locations of vote centers were carefully chosen and configured to allow for queuing and voting while maintaining six feet of social distance, officials said. Masks will be required inside and provided to voters who need them, but residents who are unable or unwilling to wear them will be allowed to vote curbside.

“You won’t be turned away,” Logan said. “Voting is available to all registered voters.”

However, for the first time ever, given the COVID-19 pandemic, Los Angeles County is making a concerted effort to get voters to use mail-in ballots, rather than just urging them to vote in any way they can. Residents are also being urged to vote early.

“By October 9th or 10th, everybody should be seeing those ballots in their mailboxes,” Logan said. “And that’s really the way for most voters — if you’re able to vote safely at home, go through the ballot, make your choices, sign that envelope, take it and drop it off — that’s really the way we encourage you to vote in this election.”

A large-scale, multimedia, multilingual campaign has been undertaken to spread a message that vote-by-mail ballots are convenient to use and can be dropped at the post office, any vote center or at nearly 400 drop boxes set up around the county. Ballots will be picked up every 72 hours beginning Monday, and as Election Day nears, on a 24-hour schedule.

“Our democracy really depends on people participating,” said Jeff Klein, the Registar-Recorder/County Clerk’s manager of civic engagement. “We have a lot of people eligible to vote, but not everyone is registered and not as many people as we would like participate in the election.”

There are 6.1 million eligible voters in the county, 5.6 million of whom have already registered to vote. However, only 38% of registered voters turned out for the March primary, Klein said.

Klein urged residents to remember that voting helps determine local issues as pressing as what rules govern evictions, as timely as civil rights and immigration, and as everyday as who is responsible for repairing potholes.

The Registrar-Recorder/County Clerk’s office has instituted an online system asking voters to “Make a Plan to Vote” at plan.lavote.net. For voters who sign up, the site will use push notifications as reminders to get ballots in the mail or head to a voting center when they open, depending on users’ preferences.

During the March primary, voters at some locations faced long lines that forced centers to stay open beyond 8 p.m. While a big push to vote by mail is expected to alleviate some of the demand, the county has also upgraded technology in an effort to eliminate bottlenecks that slowed the process in March, such as a slow voter check-in procedure. County employees have also been called into service to staff voting centers, rather than relying solely on volunteers to manage the process.

County officials are hoping voters who prefer to cast ballots in person take advantage of the opportunity to vote on any of the 10 days in advance of Election Day. A total of 117 vote centers are set to open Oct. 24, with another 650 opening Oct. 30.

However, some lines at vote centers may be inevitable, and the county has developed online and mobile technology to allow voters to check wait times at various locations and choose the fastest, most convenient option for them. As with the March primary, voters can cast a ballot at any county voting center, regardless of where they live.

Secretary of State Alex Padilla noted that the processes instituted to keep facilities safe may slow down voting.

“The COVID-19 pandemic is creating immense challenges for elections officials. Many traditional voting locations and poll workers are not available this year. Public health guidelines demand that vote centers be reconfigured for voter safety,” Padilla said in a statement Thursday. “While I believe implementing the recommendations identified by a third-party review will create a better process for L.A. County voters, COVID-19 increases the likelihood of lines on Election Day. I am encouraging voters to cast their ballot early this fall.”

Another time-saving option available to voters is to fill out their preferences in an online sample ballot at their convenience and create a record — called a “poll pass” — that can be downloaded to a voting machine on-site, where they can check their choices and officially cast their ballot.

During the 2016 presidential election, 36% of Los Angeles County voters cast ballots by mail. Los Angeles County has not done a survey of its own, but some national polling shows that voters are inclined to take advantage of voting by mail this year. A Washington Post-University of Maryland poll taken in late August found that one in six Americans wanted to cast a vote before Election Day.

Turnout in general is expected to be high in a contentious election year, and it may take longer than usual for results to be calculated here and elsewhere across the country. New state law requires ballots postmarked by Election Day but not received until as long as 17 days later to be included in the vote totals.

While rules vary state to state and methods vary county to county, Logan’s team expects to provide a count of all mail-in ballots received prior to election day within roughly 30 minutes of polls closing at 8 p.m. Nov. 3.

However, the shift to regional voting centers instead of local precincts means it will be more difficult for the public and media outlets to track what percentage of votes have been counted on election night.

The previous precinct model allowed observers to track the percentage of precincts that have had their ballots counted — giving an idea of how many votes still needed to be tallied. But the new vote center system allowing people to cast a ballot wherever they like regardless of residence means it won’t be known how many additional ballots are yet to be counted at any point on election night.

California voters will be able to track the progress of their individual ballot through a statewide system that can be accessed through lavote.net. The site tracks when ballots are received and counted. Logan said the system should reassure voters concerned about whether the post office will be able to handle a large influx of ballots.

“It gives you that ability to hold us accountable,” Logan said.

President Donald Trump has preemptively cast doubt on the results of the presidential election, calling out alleged instances of voter fraud associated with mail-in balloting, even though multiple audits over the years have shown such fraud is rare enough to be inconsequential. The president has urged his voters to go to the polls in person.

The deadline for registering for a vote-by-mail ballot is Oct. 19, however, residents can register to vote at any voting center up to and including Election Day.

3 comments for "L.A. County urges voters to use vote-by-mail ballots, set to mail out Monday"