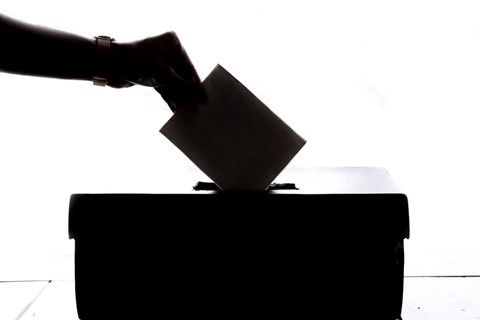 SB 739, by Sen. Henry Stern, D-Los Angeles, was signed by Gov. Gavin Newsom on Friday and took effect immediately as an urgency measure.

“If you’re putting out tweets, Facebook posts or using social and other types of media to intentionally mislead voters about their right and ability to vote by mail, that’s now a crime, and it’s my hope local D.A.s and the state attorney general will go after violators the moment they see them,” Stern said. “In the midst of this worldwide pandemic, it is imperative that voters, especially those who are getting a vote-by-mail ballot for the first time, know their rights and are getting accurate, reliable information.”

Amid the coronavirus pandemic, a record number of voters in California and other states across the U.S. are preparing to cast ballots by mail for the Nov. 3 general election, and misinformation is rampant. SB 739 makes it a misdemeanor to intentionally mislead a voter about his or her right to apply for, receive or return a vote-by-mail ballot.

It was already a misdemeanor for anyone to deceive voters about the location of their polling place or qualifications needed to register to vote.

“The spread of misinformation and disinformation are enormous threats to our elections. Voting by mail is a critical component of our plans to keep our elections accessible, secure and safe during the COVID-19 pandemic,” Secretary of State Alex Padilla said. “We need to discourage and combat election disinformation that could disenfranchise citizens. Our democracy depends on it.”

Stern said he sees people trying to cast doubt on the process every day, undermining people’s right to vote.

“I am tired of seeing social media be weaponized in an attempt to undermine our democracy. This new law will go after people who use social media and other avenues to confuse, mislead, and lie to California voters,” the state senator said.

SB 739 passed the Senate and Assembly in August on bipartisan 32-0 and 72-1 votes, respectively.