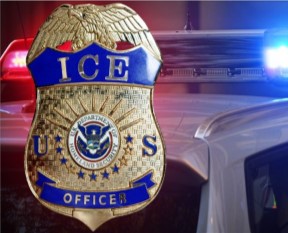 The Los Angeles County Board of Supervisors, in agreement with Sheriff Alex Villanueva, voted Tuesday to permanently ban cooperation with ICE agents lacking a judge’s warrant for inmates held in county jail.

Of the 300 people arrested during a recent monthlong ICE enforcement action in Los Angeles County, nearly 30% were “criminal aliens with previously non-honored detainers,” said Dave Marin, a director of enforcement and removal operations with ICE.

During the removal operation, which ran from mid-July until mid-August and turned up people from 22 countries, ICE agents targeted people who had been arrested, charged with or convicted of crimes that involve harm to others. According to the agency, those crimes included assault, domestic violence and homicide as well as hit and run, robbery and identity theft.

“These arrests have a significant impact on victims or potential victims of these crimes by focusing our efforts on perpetrators of crimes against others, we were able to remove immediate threats from our communities, and in many cases, prevent future victimization,” Marin claimed.

At least 100 of those apprehended during the operation have been returned to their home countries, with another 19 pending deportation, Marin said during a telephonic conference Friday.

Those arrested were “people who were ordered removed or had been removed and illegally returned or those placed in removal proceedings,” he said. “We’re not going out and doing indiscriminate raids.”

Marin said there were no reports of resistance from the communities where the arrests took place.

“The public wants these people out of the community so they cannot create more victims,” he claimed.

Among those picked up was a 44-year-old Mexican national arrested July 31 in Corona. Marin said the man’s criminal record included convictions for domestic violence, cruelty to a child, battery of a spouse, and hit and run. He was ordered removed from the U.S. by an immigration judge in March 2013 and deported, but illegally returned.

ICE also arrested a 32-year-old Honduran national on Aug. 4 in Los Angeles County who was convicted of rape by force in October 2017. He had been ordered deported 10 years previously, but unlawfully reentered the U.S. and committed the offense.

“We’re taking a victim-centered approach, rather than a criminal-centered approach,” Marin said. “That’s what we’re trying to do … and we will continue to do this regardless of what politicians say. We are enforcing the law that Congress has put on the books.”