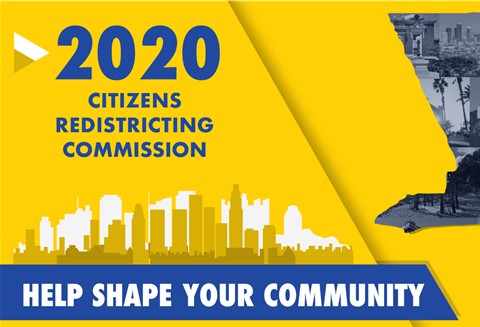 LOS ANGELES – Eligible Los Angeles County voters interested in having a say on how voting districts are mapped — which can determine how much power various voting blocs have in deciding who runs the county — can still apply to join the 2020 Citizens Redistricting Commission.

Los Angeles County Registrar/Recorder-County Clerk announced that the deadline original set for Monday has been extended to Sept. 8.

Any L.A. County resident who is a registered voter and meets the eligibility criteria is encouraged to apply online at lavote.net or by returning a paper application that can be downloaded at the same website.

Applicants must have been continuously registered to vote in Los Angeles County for the last five years under the same political party affiliation. Eligibility also requires voting in at least one of the last three statewide elections, in June 2018, November 2018 or the March 2020 primary. Neither the applicant nor the applicant’s family may have any disqualifying conflicts of interest.

The commission as a whole will be geographically, socially and ethnically diverse, according to officials, and will be charged with adjusting the county’s supervisorial districts to create areas that are roughly equal in population and geography.

A similar statewide commission, formed every 10 years following the U.S. Census, is responsible for drawing district lines for state Assembly and Senate and federal congressional seats. However, this will be the first time that a commission is assembled for L.A. County, which had sued to prevent its creation, hoping to maintain control of drawing district lines.

When activists threatened to sue again in 2011, Supervisor Mark Ridley-Thomas and then-Supervisor Gloria Molina pushed for a second majority- Latino district, a move that was the subject of heated debate.