PALMDALE – A 24-year-old Palmdale woman with diminished mental capacity has been reported missing from Lancaster.

Kennedy Ann Chatterton was last seen in the 6000 block of Bertillion Street about 10 p.m. Tuesday, Aug. 25, and was possibly headed toward downtown Los Angeles, according to the Los Angeles County Sheriff’s Department.

Chatterton is white, 5 feet 7 inches tall and 300 pounds, with blue eyes and short blonde hair, the department said. A description of what she was wearing was not immediately available.

Anyone with information on Chatterton’s is asked to call the Sheriff’s Missing Persons Unit at 323-890-5500.

Anonymous tips can be called into Crime Stoppers at 800-222-8477 or submitted online at lacrimestoppers.org. 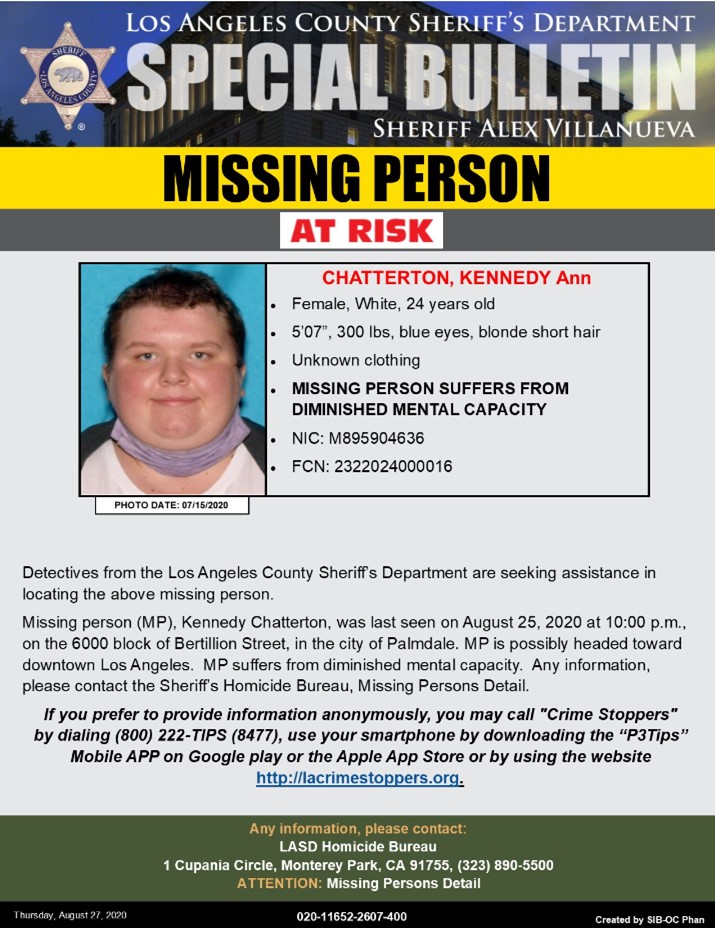