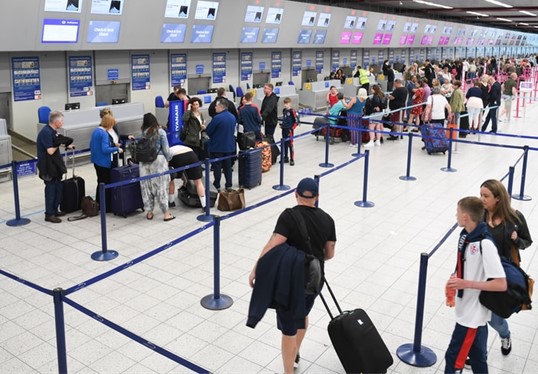 The TSA, which released figures regarding cash collected at airports during the fiscal year that ended Sept. 30, 2019, said in most cases “this money consists of coins that passengers remove from their pockets while undergoing security screening.”

Of the total amount, nearly $19,000 was foreign currency.

The airports that accumulated the top five amounts of unclaimed money were:

The TSA said the unclaimed money is deposited into a special account that funds critical aviation security programs.

“It is always TSA’s goal to reunite travelers with items they have left behind at checkpoints,” according to a TSA statement. “If someone returns to the checkpoint within a short timeframe to claim an item that they left behind, it is easily returned to them. If a passenger leaves an item behind, such as a wallet, and does not realize it until after they board their flight, they can contact any of TSA’s lost-and-found offices at airports across the country to identify the lost item.”