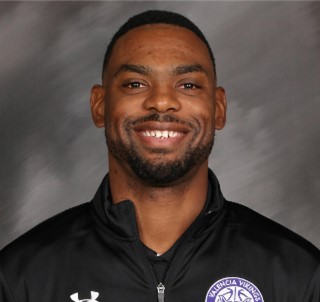 SANTA CLARITA -Three men who allege they were sexually molested as teens by a former Santa Clarita-area basketball coach are suing him and the William S. Hart Union High School District, accusing the district of a cover-up and demanding triple damages.

The plaintiffs are identified only as John Doe 2, 3 and 4 in the Los Angeles Superior Court complaint brought this week against the district and Jeremy Haggerty, a former assistant coach at Canyon High School. The suit’s allegations include sexual abuse of a minor, intentional infliction of emotional distress, negligent hiring and failure to report suspected child abuse.

A district spokesman said the district never comments on litigation.

The suit seeks triple damages from the district and punitive damages from Haggerty, now 36, who was sentenced in Los Angeles Superior Court in July 2019 to nine years in prison for sexually assaulting nine teenage boys who played for or had private training sessions with him. He pleaded no contest in May 2019 to six counts of lewd acts on a child and three counts of sexual battery, all felonies.

According to the lawsuit, John Doe 2, now 26, met Haggerty when the plaintiff was in the eighth grade and Haggerty was an assistant basketball coach at Canyon High. Doe 2’s parents allowed him to train with Haggerty because the coach previously played for then-Canyon High School head coach Chad Phillips and the couple hoped Haggerty would improve their son’s chances of playing varsity basketball at Canyon High, the suit states.

After Doe 2 became a freshman at Canyon High, Haggerty allegedly began having sexually-oriented conversations with him. Haggerty sexually assaulted Doe 2 in the coaches’ room at Canyon High by inappropriately touching him and also massaged the teen after workouts at the high school gym, according to the suit.

Haggerty also sexually abused the teen at the coach’s home after convincing the teen he needed “body maintenance,” the suit alleges.

After janitors complained about Haggerty being in the gym with students at night, the coach’s key was taken away, according to the suit.

John Doe 3, now 26, met Haggerty the summer before his freshman year at Canyon High School during camps, the suit states. Haggerty sexually assaulted Doe 3 at the coach’s home and told the teen he had a background in sex education, the suit alleges.

John Doe 4, now 25, met Haggerty as a freshman at Canyon High and also maintains he was subjected to “body maintenance” by Haggerty after workouts and that the coach inappropriately touched him and subjected him to improper conversations given the plaintiff’s age at the time.

Haggerty, who also was the team’s athletic trainer, also abused Doe 4 and other players by inappropriately touching them while wrapping painful limbs after workouts, the suit alleges.