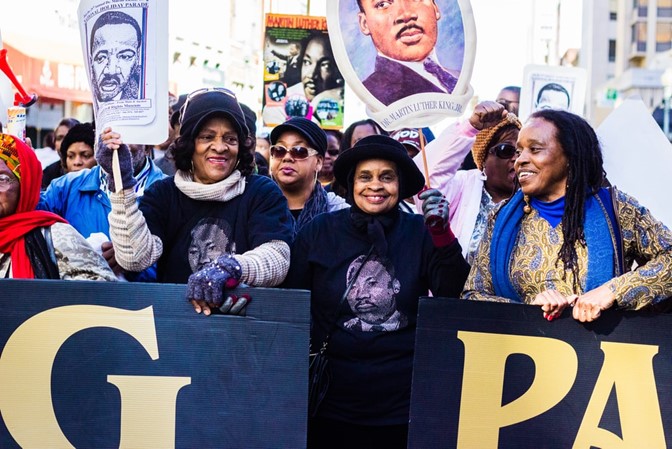 Education is a process when a person acquires new knowledge, skills, beliefs, values, and habits. Learning is essential in the life of every human being. It allows us to become more intelligent and tolerant, compassionate, sympathetic, and open-minded. During many centuries the achievements of education were perceived cautiously and with suspicion. Nevertheless, despite difficulties and obstacles, there were always brave ones ready to go through the thorns to the stars.

All new or unknown concepts provoke fears and rejection. Everything that runs counter to the well-established rules of the world order encounters resistance. Talented, devoted people struggled and put their life to promote the enlightenment of society. At all times, there were prominent outstanding personalities that influenced the pace of humankind. Sages from China and Japan, philosophers from the Middle East and Europe, inventors from American and African continents, each part of the world contributed to developing the educational thoughts.

Today, we would like to draw your attention to the phenomenon of fantastic and dedicated work of African-American origin educators. We consider crucial mentioning and paying tribute to people who overcame seemingly insurmountable and unforeseen obstacles on the way to shed light on the new frontiers of science.

We want to start with Mary Church Terrell (1863 – 1954), one of the first African-American women to receive a college degree. She became a civil rights activist and suffragist, established Black women’s club and National Association of Colored Women. Mary Church Terrell dedicated her efforts to practical awareness-raising work with black women, encouraging them to combat racial discrimination. She was teaching modern languages at Wilberforce University and later moved to Washington D.C. to take up the post of superintendent of the Dunbar High School. During many years, Terrell was persuading the American University Association to admit black women members and fighting against unconstitutional racial segregation of public schools, restaurants, and theatres.

Carter Godwin Woodson (1875 – 1950) African-American historian, journalist, and author who was considered a “father of black history.” Born in a family of former slaves, Woodson founded the Association for Study of African American Life and History. He is one of the first black authors who decided to dedicate his scientific career to researching the neglected legacy of African Americans—being sure that history belongs to everyone, not only historians. Woodson engaged black civil leaders, clergymen, women’s associations, and professors to popularise and provide a better understanding of the history of African-American people in the U.S.A. He left an enormous legacy of written research, articles, monographs, and books.

Martin Luther King Jr. (1929 – 1968) was a civil rights activist and author of “The Purpose of Education.” He was convinced that education is the basis of everything and performs a crucial role in society. It enables a person to become efficient and achieve goals. Training must stimulate critical intensive thinking and teach moral values. A well-educated society is tolerant and accumulates knowledge to widen horizons, creates open-minded, understanding, and eager to new knowledge generations. Kings’ “I Have a Dream” speech drew attention to civil rights and influenced the mentality of upcoming generations.

Anna Julia Haywood Cooper (1858 – 1964) an American educator, speaker, author, and Black liberation activist. She was born in slavery but received a world-class education, became the fourth African-American woman to obtain a doctoral degree. Cooper contributed to social science fields, especially sociology, and is called “the Mother of Black Feminism.” She provided classes for Washington D.C. lacking higher education residents after retirement from Colored High School. Her most significant work, “A Voice from the South,” is a message for the defense of civil and women’s rights. Cooper considered the duty of an educated and successful Black woman to support peers in achieving the rights and equal privileges.

W.E.B. Du Bois (1868 – 1963), American civil rights activist, historian, and sociologist. One of the most significant black authors of the XX century and the first African-American that received a doctorate. Du Bois worked as a professor of sociology, history, and economics at Atlanta University. He was fighting against discrimination in education and employment. He believed that black people need equal rights to develop their leadership skills. During his career, he edited numerous scientific papers and researches touching the problem of racism and slavery. In 1909 Du Bois established the National Association for the Advancement of Colored People (NAACP) that nowadays continues to struggle to ensure educational, social, economic, and political equality for all people and setting a goal of eliminating racism.

Edmund W. Gordon (1921 – ) is an eminent research scientist, author, editor, and professor. He worked at Stanford University and was involved in John F. Kennedy’s social change program. He firmly believes that education is a key to equality and the only chance to overcome racism. He is known as a “father of Black studies.”

Fanny Jackson Coppin (1837 – 1913), an American educator and defender of the right of the woman for higher education. Born in slavery, she was purchased by her aunt at the age of 12, and with her financial help, Coppin enrolled at Oberlin College. During the student years, she taught African Americans to write and read. After graduation, Coppin worked as a teacher in her Alma Mater. She was the first colored woman superintendent of a school district. During her career, she was struggling against racism and segregation.

Nannie Helen Burroughs (1879 – 1961) was a religious leader, educator, civil rights activist, feminist, and eloquent orator in the U.S.A. During her career, she fought for equal rights and opportunities for both people of color and women in general. She opened the National Training School in 1908 and provided classes for female students with no means for education. Burroughs crafted the history course dedicated to the role of African American women and their influence in society and taught to be proud of your origin and race.

As you can see, the contribution of African American educators is diverse and significant. Besides obstacles and life challenges, these prominent individuals showed a real will to change the world and fight for equal possibilities for people of all races. We hope that this example of fantastic perseverance will encourage you to study and achieve new goals.