UPDATE: Authorities announced Tuesday, Aug. 25, that Laura Gene Bulejan was located, but details were not released.

LANCASTER – Authorities are seeking the public’s help to find a woman who has been missing since February from the Lancaster area.

Laura Gene Bulejan, 43, was last seen on Feb. 1, according to the Los Angeles County Sheriff’s Department.

Bulejan is white, 5-feet-4 inches tall, weighs 160 pounds, and has brown hair and hazel eyes. She has a Playboy bunny tattoo on her right foot.

“Laura lives a transient lifestyle in Lancaster area,” according to a news release from the Lancaster Sheriff’s Station. “Her loved ones have not seen or heard from her. They are very concerned and asking for the public’s help.” 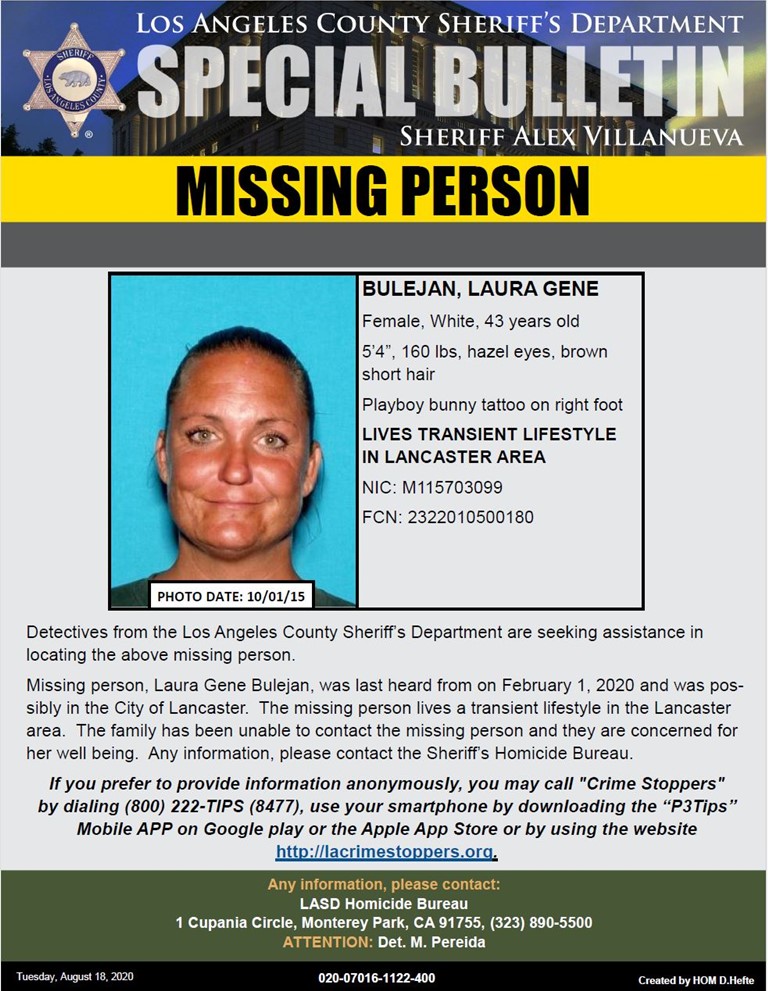