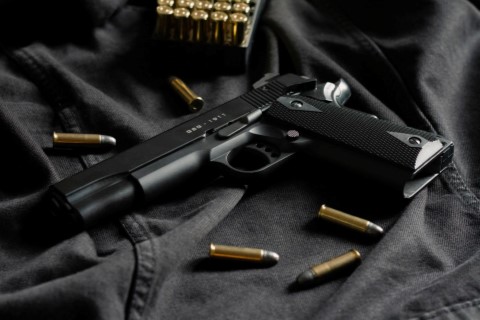 The recipients of the grant from the National Collaborative for Gun Violence Research are Ninez Ponce, director of the UCLA Center for Health Policy Research, and Michael Rodriguez, professor and vice chair in the Department of Family Medicine at the David Geffen School of Medicine at UCLA.

“Research has a critical role to play in informing effective gun policy,” said Rodriguez, who serves as co-director of the UCLA Firearm Violence Prevention Center. “We are excited to be part of this new wave of gun policy research, especially given the rigorous standards set by the Collaborative.”

Ponce and Rodriguez’s study is among $7.5 million in grants announced by the Collaborative for 15 research projects that will produce evidence for improving gun policy in America, UCLA stated.

The university said research will also include a firearms module in the 2021 and 2022 California Health Interview Survey, the largest population- based state survey in the nation, which annually collects information from about 20,000 adults and adolescents representative of the state’s diverse population.

The survey will identify intervenable individual, family and neighborhood factors associated with risks to gun homicides and suicides.

The data will be made available to researchers and the public, including policy briefs on gun issues in key population groups, UCLA stated.

“Taking a public health approach is vital in addressing the root causes of violence and how they contribute to the devastating premature deaths of thousands of people in the U.S. each year,” Ponce said.

Collaborative Director Andrew Morral said that since the start of the COVID-19 pandemic, both sales of firearms and deaths from gun violence have increased across the country.

“We must answer the question: `What works and what doesn’t?’ to reduce gun violence,” Morral said. “Studies like Dr. Ponce and Dr. Rodriguez’s fill a critical gap in our understanding of gun violence and how to prevent it.”

According to the National Collaborative for Gun Violence Research, gun violence is one of the five leading causes of death among Americans aged 1 to 64.