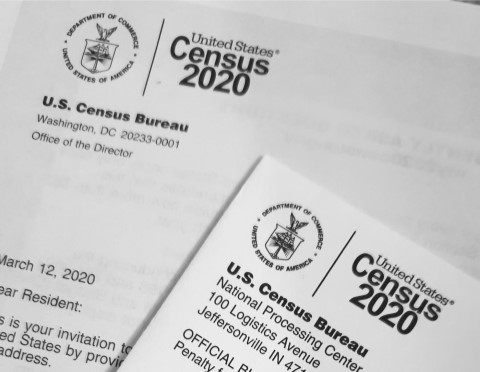 LOS ANGELES – The Los Angeles County Board of Supervisors raised concerns Tuesday about the 2020 census, voting to oppose the federal government’s efforts to exclude immigrants living in the country illegally from the count and shutting down data collection one month earlier than expected.

The board authorized its lawyers to challenge a memo issued by President Donald Trump last month seeking to exclude people in the country illegally from the count used to allocate seats in the U.S. House of Representatives.

Supervisor Hilda Solis, who recommended the legal challenge, said California could lose up to three seats.

“The action to exclude certain non-citizens from the 2020 census would have far-reaching consequences for L.A. County, which has more than 3.5 million residents born in a country other than the United States,” Solis said.

“Our county is one of the hardest-to-count regions in the country, largely because immigrants fear immigration enforcement and do not trust that their personal information will be protected. This memorandum keeps that fear alive.”

The administration’s memo, issued to the U.S. Commerce Department, which oversees the census, said counting people in the country without legal standing is not in keeping with democratic principles.

“Excluding these illegal aliens from the apportionment base is more consonant with the principles of representative democracy underpinning our system of government. Affording congressional representation, and therefore formal political influence, to states on account of the presence within their borders of aliens who have not followed the steps to secure a lawful immigration status under our laws undermines those principles,” the memo states in part.

“Increasing congressional representation based on the presence of aliens who are not in a lawful immigration status would also create perverse incentives encouraging violations of federal law.”

Trump issued a separate statement of his own after signing the memo.

“There used to be a time when you could proudly declare, `I am a citizen of the United States,”‘ Trump said. “But now, the radical left is trying to erase the existence of this concept and conceal the number of illegal aliens in our country. This is all part of a broader left-wing effort to erode the rights of Americans citizens, and I will not stand for it.”

California has filed a lawsuit challenging the order.

It was not clear whether the executive action, even if it survives legal challenges, would affect the allocation of federal funding or only the apportionment of seats in the U.S. House of Representatives.

However, opponents focused on the possibility that funding might also be cut. The census is used to allocate an estimated $880 billion or more in federal assistance annually.

In a separate motion, Supervisor Mark Ridley-Thomas reacted to the announcement Monday that the data collection deadline for the 2020 Census would be shortened by more than a month, and end on Sept. 30.

The board voted to send a letter to the U.S. Department of Commerce, Bureau of the Census and congressional leadership flagging its concerns. The board also agreed to file or join litigation opposing the decision.

“One of the most important rights we have is our hard-won right to vote, a right integral to our democracy and directly related to the results of the census. So we must make sure that we stand up for all to be counted,” Ridley-Thomas said.

As a hard-to-count region, the county relies on follow-up by census workers to ensure that a high percentage of residents respond to the short questionnaire.

Census Bureau Director Steven Dillingham made the announcement Monday about the new deadline via a statement on the census website.

“We will improve the speed of our count without sacrificing completeness,” Dillingham said.

Options to respond online, by phone or by mail will also conclude Sept. 30 “to permit the commencement of data processing,” he said.

The statutory deadline for completing the count is Dec. 31. The original deadlines for field work had been extended based on concerns about managing data collection during the COVID-19 pandemic.