LANCASTER – If you recognize anyone in these images, then Lancaster Sheriff’s Station detectives would like to hear from you.

The suspects are wanted burglary.

They are accused of breaking into the Quartz Hill Pharmacy, located at 42357 50th Street West. The crime occurred around 12:45 a.m. Sunday, Aug. 2, sheriff’s officials said.

The burglary suspects were seen carrying a blue Smart & Final bag and a “Dewalt” crowbar-type tool, according to the news release.

“All of the parties wore very distinct clothing and someone in the area should recognize them,” sheriff’s officials said in the news release.

Anyone with information on the identity or location of these suspects is encouraged to contact Detective Gelardo at 661-940-3871. 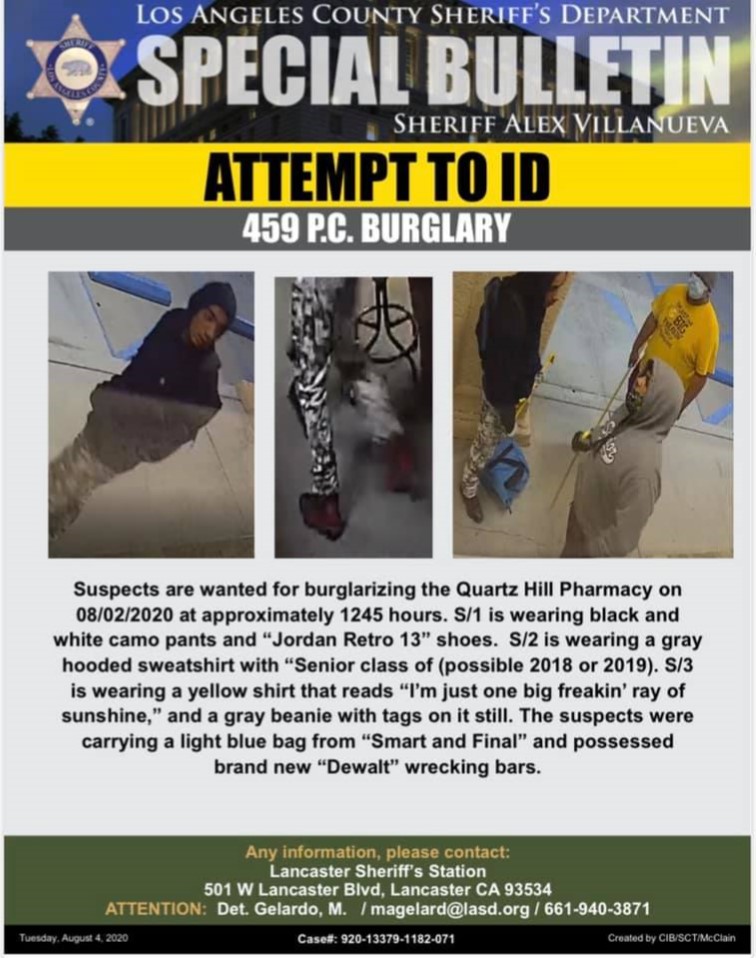