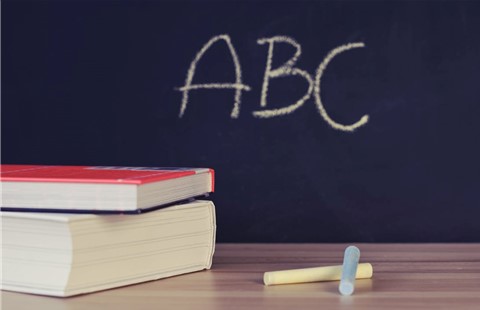 LOS ANGELES – The Center for American Liberty added new arguments Thursday to its effort to overturn Gov. Gavin Newsom‘s order barring schools in Los Angeles County and elsewhere in the state from bringing students into the classrooms this fall in response to soaring coronavirus infections.

In a newly filed amended complaint and request for preliminary injunction, CAL has added new plaintiffs and testimony from doctors demonstrating it’s safe to send students back to school. No court dates have yet been set.

“Younger, healthier people have virtually zero risk of death from (COVID-19),” according to Dr. Scott Atlas, who serves as the Robert Wesson Senior Fellow at the Hoover Institution of Stanford University and former professor and Chief of Neuroradiology at Stanford University Medical Center from 1998 until 2012.

“No child under age 18 in the state of California has died due to infection from the coronavirus since tracking began on February 1, 2020 … unlike the seasonal flu, which kills approximately 200 children per year nationally,” he said.

Ashburn, Virginia-based CAL alleges that the restriction violates the constitutional guarantee to a basic education, federal due process and equal protection guarantees, and the federal right to an effective education for disabled children.

The lawsuit alleges that the use of online learning in the recent past was a “failed experiment” in which students were “unable to log on and access online learning — or if they could, experienced at best, ineffective and at worst, nonexistent instruction.”

Jesse Melgar, spokesperson for Newsom’s office, said that the governor’s decision was the result of consideration for the safety of students and teachers. He said the state would address CAL’s challenge in court.

“As the governor has explained, science drives the state’s decisions in this pandemic,” Melgar said when the suit was filed. “We will defend this challenge to the governor’s exercise of emergency authority in this crisis as we have all others, and we note that every federal court to rule on such a challenge to date has ruled that the exercise of authority is lawful.”

According to the center, the governor’s decree that both public and private school facilities will remain closed at the start of the fall semester “flies in the face of science.”

The order means districts across Southern California will begin the new school year with distance-learning programs, as opposed to in-person classes.

Newsom said school campuses will only be allowed to open in counties that have been off the state’s monitoring list for at least 14 days. Counties are placed on the monitoring list based on a variety of factors including coronavirus positivity, testing and hospitalization rates.

Schools that are eventually allowed to reopen will have to meet a series of other requirements, including mandatory masks for staff and students in third-grade and above, physical-distancing mandates and regular on-campus coronavirus testing. The governor also said distance-learning programs at closed campuses must be “rigorous,” with daily student interaction.

“Learning in the state of California is simply non-negotiable,” Newsom said. “Schools must … provide meaningful instruction during this pandemic whether they are physically open — the schools, or not. … Our students, our teachers, staff and certainly parents, we all prefer in-classroom instruction for all the obvious reasons — social and emotional, foundationally — but only if it can be done safely.”

He added, “Safety is foundational, and safety will ultimately make the determination of how we go about educating our kids as we move into the fall and we work our way through this pandemic.”

Under the guidelines announced by Newsom, in schools that are allowed to open, students and staff in individual classrooms will be sent home when a single case in the class is confirmed. The entire school will be closed if cases are confirmed in multiple classrooms, or if more than 5% of the school tests positive for the virus.

An entire district will be closed if 25% of its schools are shut down in a 14-day period, he said.

Based on surging caseloads and hospitalization rates, more than 80% of the state’s population lives in counties that would not now qualify for schools to reopen.

Harmeet K. Dhillon, CEO of CAL, said the governor’s decision to “shut down educational facilities in more than 30 counties denies children in these counties their right to a basic education.”

“California taxes citizens and spends $100 billion of state and federal dollars annually on education,” she said. “This year, there will be little to show for that massive spending, other than increased depression, suicide risk, stunted learning and the shattered dreams of millions of California children. California families — particularly the most vulnerable — will suffer economic loss, heartbreaking personal choices and a state that utterly fails its obligations, all based on politics and not science.”