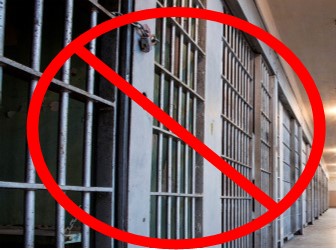 LOS ANGELES – The Board of Supervisors voted 4-1 Tuesday in favor of a charter amendment for the November ballot that would require a minimum of 10% of the county’s unrestricted general funds — a number the CEO has pegged at roughly $360 million — to be spent on direct community investment and alternatives to incarceration.

Many residents called in to support the amendment that Supervisors Sheila Kuehl and Hilda Solis proposed as an opportunity to “reimagine L.A. County.”

“We want to expand access to housing, to mental health treatment, and to law enforcement diversion programs,” Kuehl said.

Many others, including county employees, pushed back against both the plan and the process.

“Chief among our concerns is that we weren’t included in the process,” said Marcel Rodarate, executive director of the California Contract Cities Association. “You have the opportunity to create meaningful change that’s informed by the people you were elected to represent. Don’t miss this opportunity to slow it down and let all voices be heard.”

The measure also split the board, with Supervisor Kathryn Barger warning that it could lead to layoffs and unnecessarily restrict the board’s ability to manage through economic downturns. She told her colleagues she believes the amendment violates the law.

“The top issues from 15 years ago are not the issues of today, nor will today’s issues be reflected in what we (will) see in the next 15 years … crime trends fluctuate, populations fluctuate, residents and members of the boards will continue to change. This is not an appropriate way to budget,” Barger said, later adding, “I actually believe that it’s not even legal for us to move it forward.”

Sheriff Alex Villanueva told the board the measure would force him to close patrol stations in Altadena and Marina del Rey and make other big cuts to public safety. The sheriff has made similar threats during past budget debates and later assured constituents that he would not be firing patrol deputies.

“You heard a lot from both communities. That would make it a certainty that those stations will be closed,” the sheriff told the board. “South L.A. station, East L.A. and Century station will face massive curtailments, as well.”

County departments are subject to an 8% budget cut for the coming fiscal year and the Sheriff’s Department is facing the possibility of laying off 457 custody employees in October if no additional funding can be found. No patrol deputies are targeted to be laid off.

“To say that we’re out to cut jobs right now is simply untrue,” Solis said. “What’s wrong with putting this in front of the voters and having them decide? This is about funding the vision of L.A. County, to reimagine a Los Angeles County that puts care first and jails last.”

Villanueva said he would be forced to lay off deputies of color.

“By the way, those jobs that will be lost will be African American and Latino employees … the last hired are the first fired … I guess they can get a construction job … following your logic.”

Lawyers for the union representing deputies sent a letter to the board stating that the county is in violation of an employee relations ordinance requiring 90 days notice to labor unions of any amendment to the charter as well as state law requiring the county to “meet and confer” with the unions. Union lawyers also argued that the amendment is unlawful in binding future boards and delegating budget authority to voters.

Michele Hanisee, president of the Association of Deputy District Attorneys, echoed that argument, while Kuehl, the only lawyer on the county board, said the interpretation was inaccurate. The county’s lead counsel, Mary Wickham, was only willing to say on the record that it was an open question whether the amendment would withstand a legal challenge.

Villanueva and Barger both argued that the board is already investing tens of millions of dollars in community resources and alternatives to incarceration, ticking off a list of related spending that Barger said amounted to far more than the 10% threshold.

The sheriff said the measure’s title was deceptive.

“You’re really not saying in the title that you’re going to be defunding law enforcement, prosecutors and the public safety of L.A. County,” Villanueva told the board.

While some proponents of the amendment welcomed that characterization, Kuehl denied that was the goal.

“To use the word defunding about law enforcement, when they continue to get humongous amounts of money, even should this pass, is sort of a joke. No one is ‘defunding’ the Sheriff’s Department. I would call it … ‘right- sizing,'” Kuehl said, noting that the jail population has dropped by nearly 30%.

Proponents of the amendment, who have joined together as Re-Imagine L.A. County, had pushed for a 20% set-aside, which the coalition calculated at $1.6 billion. The ordinance cites only a percentage, not a number. However, county CEO Sachi Hamai indicated last week that the amount at stake is significantly less.

Hamai said that roughly $3.6 billion of the county’s own revenues — as opposed to federal and state funding — is unrestricted ongoing funding. The draft amendment — which sets a 10% threshold of “the county’s locally generated unrestricted revenues in the general fund” — seems to earmark roughly $360 million for direct community investment and alternatives to incarceration.

Technically, the board voted on introducing an ordinance to call a special election on the charter amendment. A second vote will be required, probably next week, to adopt that ordinance. The vote, however, seems nearly a foregone conclusion. The issue that remains is how voters will respond.

When addressing the board last week, Villanueva cited a national survey showing that most Americans do not favor shifting dollars away from law enforcement and has repeatedly argued that the board is being unduly influenced by a small group of vocal advocates for justice reform.

“I would submit to you that the county of Los Angeles does not have the priorities that you have,” the sheriff told the board, citing a Pew Research Center survey finding that 73% of Americans believe that police spending should remain at current levels or be increased.

Kuehl said voters are ready for a change, as she pushed back against arguments, including by the Los Angeles Times editorial board, that the process for public input had been rushed and without sufficient study.

“It is only feeling rushed to people who haven’t been paying attention,” Kuehl said. “This is a moment in time when people are saying to us, `why is every solution wearing a uniform and carrying a weapon. This is not the appropriate way to work in society, we want something else.”

Aug. 4 is the deadline to approve the measure for the November ballot. Arguments for and against the measure must be submitted by Aug. 14 to appear in ballot materials, with rebuttals due Aug. 24 and the first ballots mailed out Sept. 4.

2 comments for "L.A. County Board votes 4-1 in favor of charter amendment on spending"