LANCASTER – Sheriff’s detectives are seeking the public’s help to find an 85-year-old man who may have Alzheimer’s disease and drove away from home but then abandoned his pickup.

Theodore Anthony Melendrez was most recently seen around 6 a.m. July 19 driving a red 2001 Nissan Frontier in the 45000 block of Challenger Way, according to an LASD Special Bulletin.

Melendrez’s truck was found abandoned in the area of 90th Street East and Avenue L-8 in Lancaster.

Melendez is Hispanic. He stands 5-feet-10 inches tall and weighs about 140 pounds. He has brown eyes, short gray hair, a mustache and a big scar on his left shin. There is no description of his clothing but he frequently wears a black hat with the words “Korea Vet.” 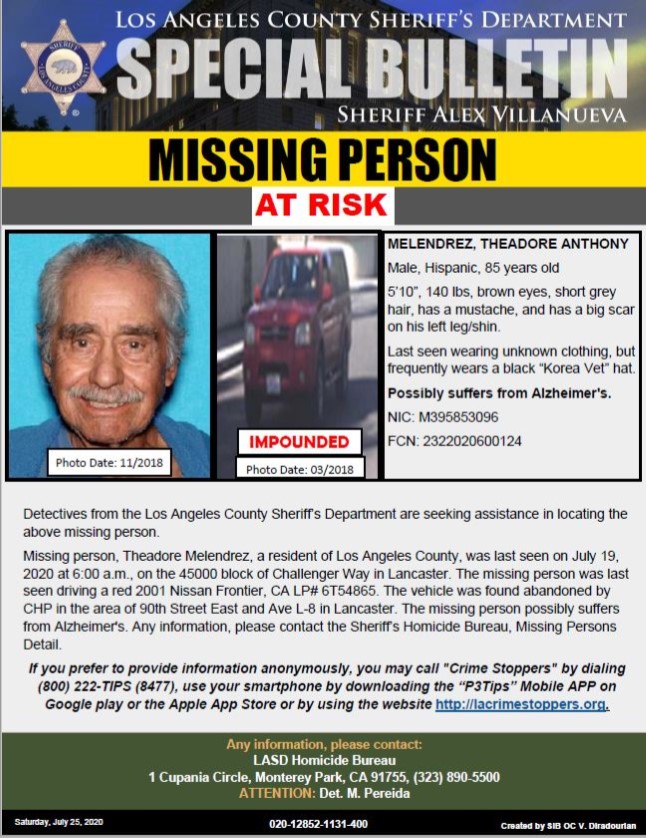