LANCASTER – The city of Lancaster on Friday announced a $5,000 reward to help identify a man accused of punching a local Starbucks employee who asked him to wear a mask.

“I am deeply saddened and angered by the assault.” Lancaster Mayor R Rex Parris said in a news release. “Our nation is in a crisis, now is a time for our community to come together. This behavior is despicable and we need your help to help identify these men so that justice may be served.”

According to a news release by the Lancaster Sheriff’s Station: “The man on the left allegedly punched a barista at a local coffee shop when employees asked him to put on a mask as he entered their business location… The man on the right accompanied the other party to the location.”

The alleged assault suspect is described as Black, about 6 feet 2 inches tall, and around 230 pounds. He is wanted for battery.

The man who accompanied the suspect to the location is described as Black, about 6 feet 6 inches tall, and around 245 pounds. “He is a witness to the incident and we would like to meet with him as well,” sheriff’s officials said in the news release.

Anyone with information on the identity or location of these individuals is encouraged to contact Detective Grajales at Lancaster Sheriff’s Station at 661-948-8466. 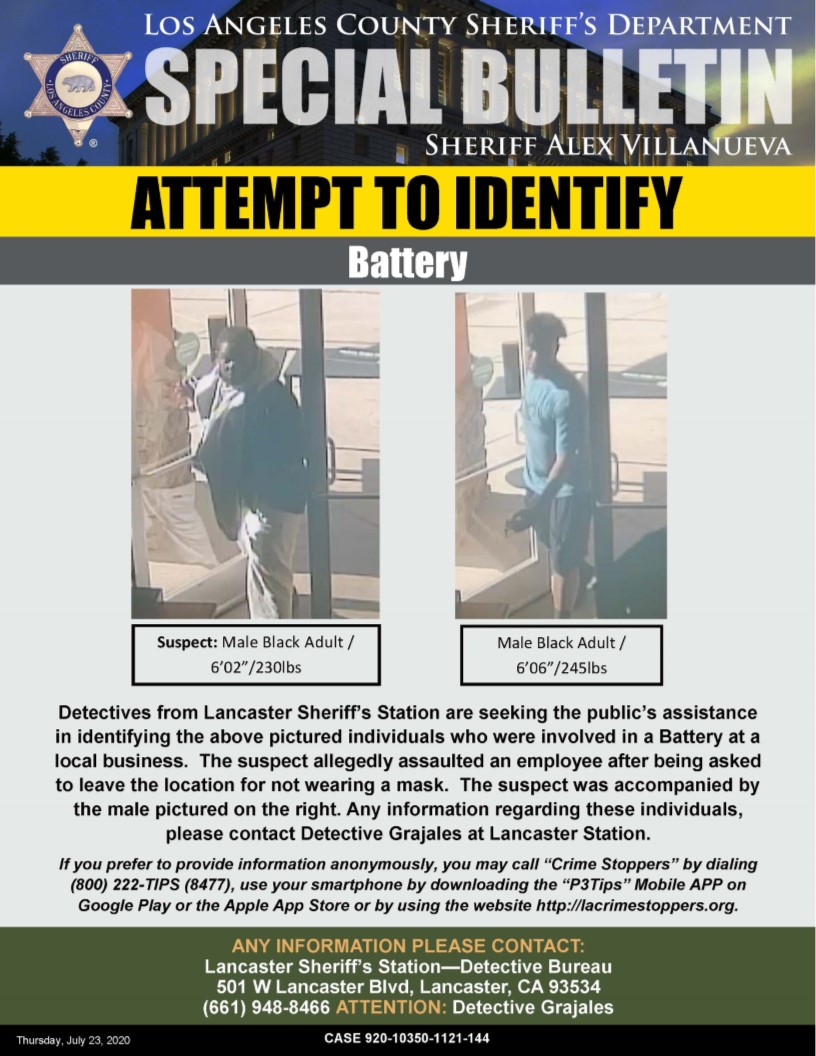