LANCASTER – Lancaster Sheriff’s Station detectives are asking for the public’s help to locate a 29-year-old man suspected of stabbing his roommate numerous times.

The crime occurred just before 7 a.m. on Friday, July 17, in the 44000 block of Sundance Court in Lancaster, according to a news release from the Lancaster Sheriff’s Station.

“The suspect, Anthony Escobar, allegedly stabbed his roommate numerous times… The victim is in serious but stable condition,” the news release stated.

The victim identified Escobar as his attacker, sheriff’s officials said.

Sheriff”s did not release any more information regarding the circumstances surrounding the stabbing.

Anyone with information on the location of Anthony Escobar is encouraged to call Detectives Chapman or De La Cruz at Lancaster Sheriff’s Station at 661-948-8466. 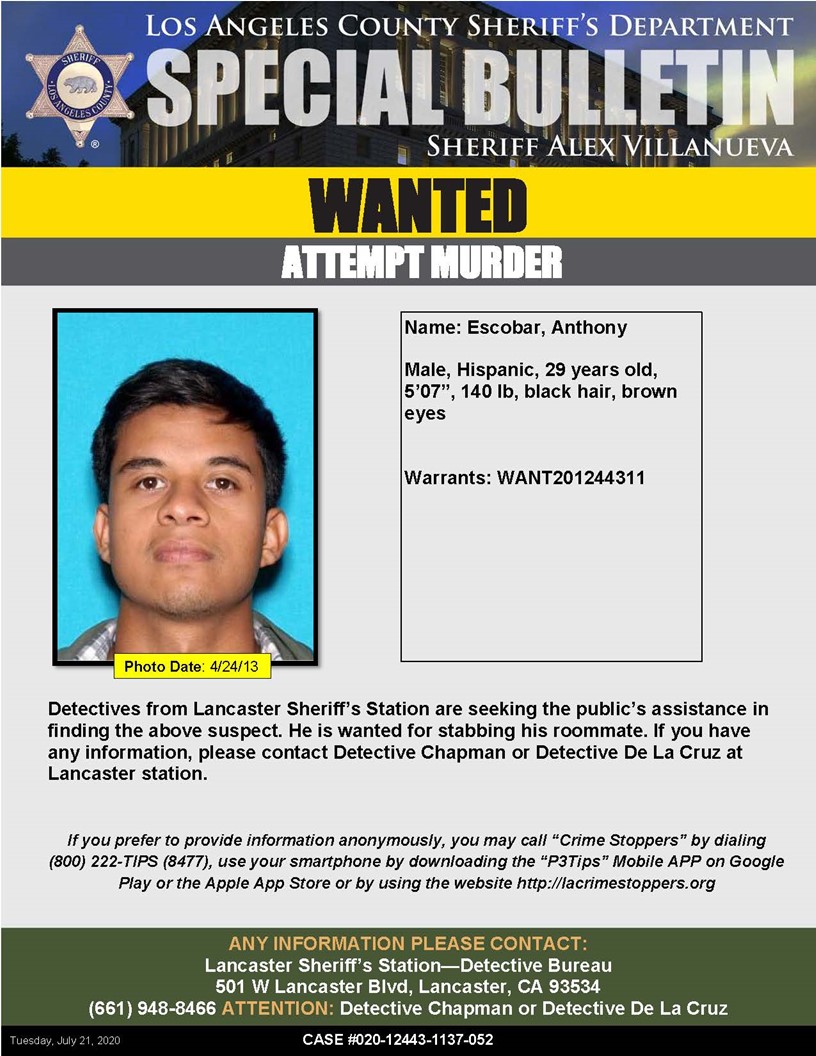