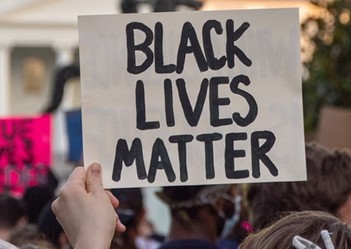 LOS ANGELES – The Los Angeles County Board of Supervisors voted unanimously Tuesday in support of a strategic plan to craft antiracist policies and practices aimed at helping Black people in Los Angeles County.

Supervisor Mark Ridley-Thomas authored the motion requesting that the board declare racism a matter of public health and prioritize eliminating biases from county operations and programs.

“It is incumbent upon those of us who sit in positions of authority to begin dismantling systemic racial bias within the entities for which we are responsible,” Ridley-Thomas said.

“It’s no longer sufficient to support diversity and inclusion initiatives. The county has made great strides toward addressing and eliminating implicit bias. It is time to advance to the next level,” he said. `The county must move to identify and confront explicit institutional racism to set the national standard and become a leader of antiracist policymaking and program implementation.

The board directed CEO Sachi Hamai to quarterback a strategic plan to prioritize physical and mental health, housing, employment, public safety and justice in an equitable way for Black residents. A report back is expected in 60 days.

Hamai was also asked to commission an annual report by an academic or research institution to annually track the sate of Black Los Angeles County and offer recommendations for supporting local, regional, state and federal initiatives that advance efforts to dismantle systemic racism. Reports would include economic and law enforcement data related to Blacks countywide.

More than 1,000 people registered their support of the motion, according to Ridley-Thomas.

“We need that community base of support and those organizations. We need the private sector, we need schools, universities, faith-based institutions and again, most importantly, the constituents that we serve to bring instances of structural racism to our attention and partner with us to end it,” he said.

Black people make up about 9% of the population in Los Angeles County, but according to the motion, they also represent:

— Nearly 30% of the overall population in county jails; and

— 34% of the population experiencing homelessness.

An analysis by UCLA on unemployment in California during the COVID-19 crisis found that as many as 22% of Black workers were jobless.

Ridley-Thomas’ proposal follows the May 25 killing of George Floyd at the knee of a Minneapolis police officer, which set off nationwide protests. He said protesters took to the streets in opposition to “structural racism and discrimination, asymmetrical consolidation of power, extreme wealth and income inequity — all of which disproportionately disadvantage Black people.”

“We acknowledge that as government leaders, we have an opportunity to change the narrative on the role of government and its relationship to the communities it serves,” the statement reads. “We stand against racism in any form and pledge to use our offices to advance racial and social equity, diversity and fairness.”

In addition to his call for a strategic shift, Ridley-Thomas’ motion includes support for 67 specific recommendations put forth by the Ad Hoc Committee for Black People Experiencing Homelessness and asks that the Los Angeles Homeless Services Authority be given what it needs to implement those ideas.

Supervisor Hilda Solis said the issue was galvanizing the board.

“Let’s change the trajectory for our young people, so that they can have the aspirations and hopes that this country should have afforded them and their ancestors many, many years ago,” Solis said.

“These last few months have been a wake-up call for all of us. And it’s not enough to be not racist, we must also be antiracist,” Hahn said. “It’s time that we look at our own institutions and examine how they have contributed to the persistent discrimination and inequality that has held Black L.A. County residents back.”

The county CEO spoke emotionally about her parents and grandparents being held in World War II internment camps for Japanese Americans.

“It fueled my personal sense of injustice, of what is right and wrong in our society’s treatment of our fellow human beings. It was part of what called me to public service,” Hamai said. “This is our moment, this is our opportunity as a county to meaningfully address not only systematic, anti-Black racism but to take our place at the forefront of the antiracist moment that will define our time.”

Separately, on a 4-1 vote with Supervisor Kathryn Barger dissenting, the board voted to draft a county charter amendment for the November ballot that would dedicate a minimum of 10% of the county’s general fund to be spent on direct community investment and alternatives to incarceration, none of which could be distributed through law enforcement agencies.