Adam Rafael Hernandez was last seen last week near the 300 block of East Avenue J-13 in Lancaster, according to a news release from the Lancaster Sheriff’s Station.

“He was wearing a black shirt and grey shorts with grey Vans, and said he was going to Jane Reynolds Park. It is unknown if he made it to the park, but he did not return home,” the news release states.

Hernandez is described as Hispanic, about 5 feet 2 inches tall, around 150 pounds, with black hair and black eyes.

Anyone with information on the location of Adam Hernandez is encouraged to contact  Detective Roberts at the Lancaster Sheriff’s Station at 661-948-8466. 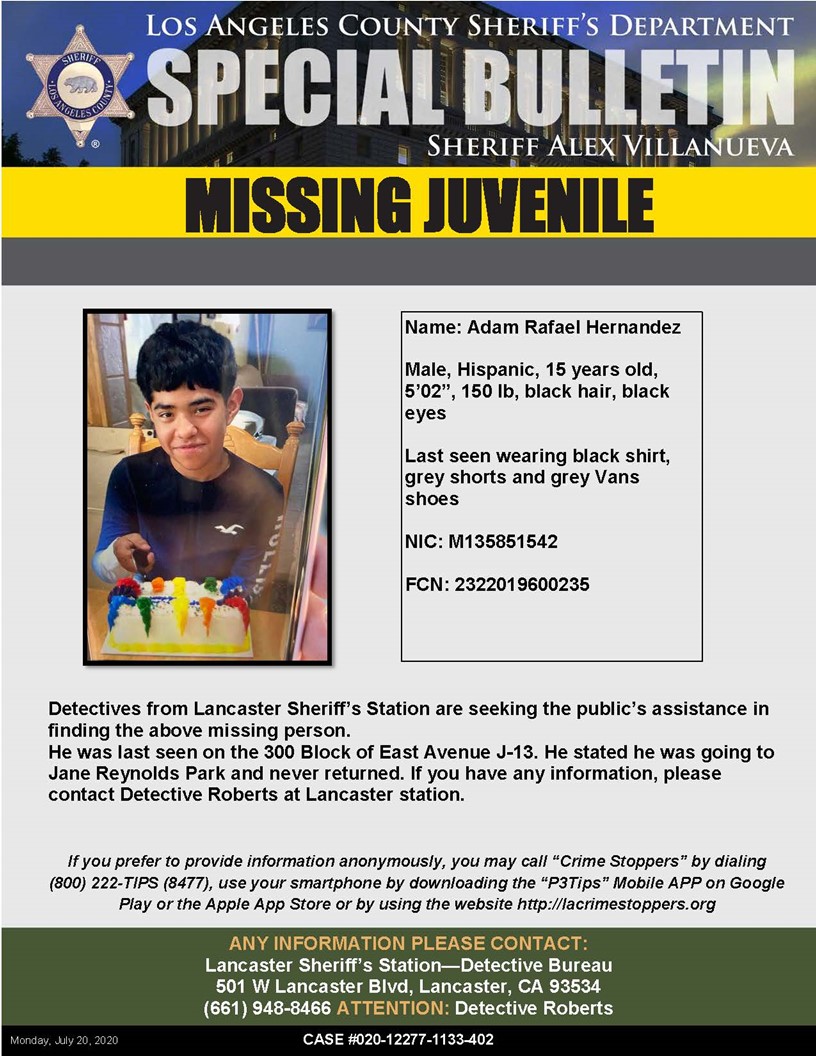