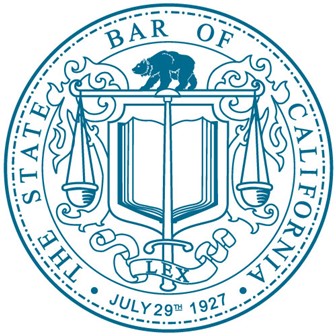 LOS ANGELES – The California Supreme Court announced it will permanently lower the passing score for the state’s bar exam by 50 points and administer the test online in October as a result of the coronavirus pandemic.

“The changing circumstances surrounding the ongoing COVID-19 pandemic in California, and throughout the country, have had an unprecedented impact on professional licensure testing for graduates seeking admission to many professions,” the California Supreme Court’s executive officer, Jorge E. Navarrete, wrote in a letter on behalf of the court to the chairman of the State Bar’s Board of Trustees.

“Many law school graduates are being substantially affected by the resulting disruption.”

The letter noted that the court sought the “safest most humane and practical options for licensing law graduates by encouraging and working with the State Bar to pursue the option of administering the California Bar Examination online as a remote test, to avoid the need for, and dangers posed by, mass in-person testing.”

The California Bar Exam — which will now have a passing score of 1390 instead of 1440 — will be administered online Oct. 5 and 6, with registration expected to be extended through July 24.

The state’s highest court also directed the State Bar to expedite the creation of a provisional licensure program that would allow 2020 law school graduates who may not be in a position to study and prepare for a bar exam in the fall to get a limited license to practice specified areas of law under the supervision of a licensed attorney.

The court noted that it is encouraging law schools to assist graduates who lack internet access at home or have home environments not amenable to two days of uninterrupted testing.

The announcement comes after the California Supreme Court justices met via videoconference to hear from California law school deans, then held a three-hour virtual hearing to receive input from law school graduates registered to take the exam.

California is one of 16 states to move their bar exam online, officials said.