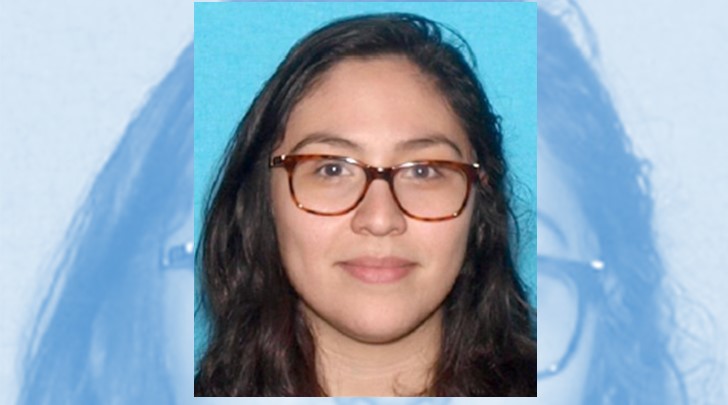 UPDATE: Gabriella Guerrero has been found and is safe, sheriff’s officials announced on Saturday, July 18. No further details were immediately released.

LANCASTER – Authorities Thursday circulated a photo of a 28-year-old woman who has been missing from Lancaster for more than nine months.

Gabriella Tatianna Guerrero was last seen about 8 a.m. last Sept. 25 in the 44000 block of Heaton Avenue, near West Avenue J-8, according to the Los Angeles County Sheriff’s Department. She was wearing black pants, a black blazer and red glasses.

Guerrero is described as Hispanic, 5 feet, 6 inches tall and 140 pounds, with brown eyes, long brown hair, a tattoo of a lotus flower on her back and tattoos of music notes on her hips, the sheriff’s department reported.

Anyone with information about Guerrero’s whereabouts is encouraged to call the sheriff’s Missing Persons Unit at 323-890-5500. Those wishing to report anonymously can call 800-222-TIPS. 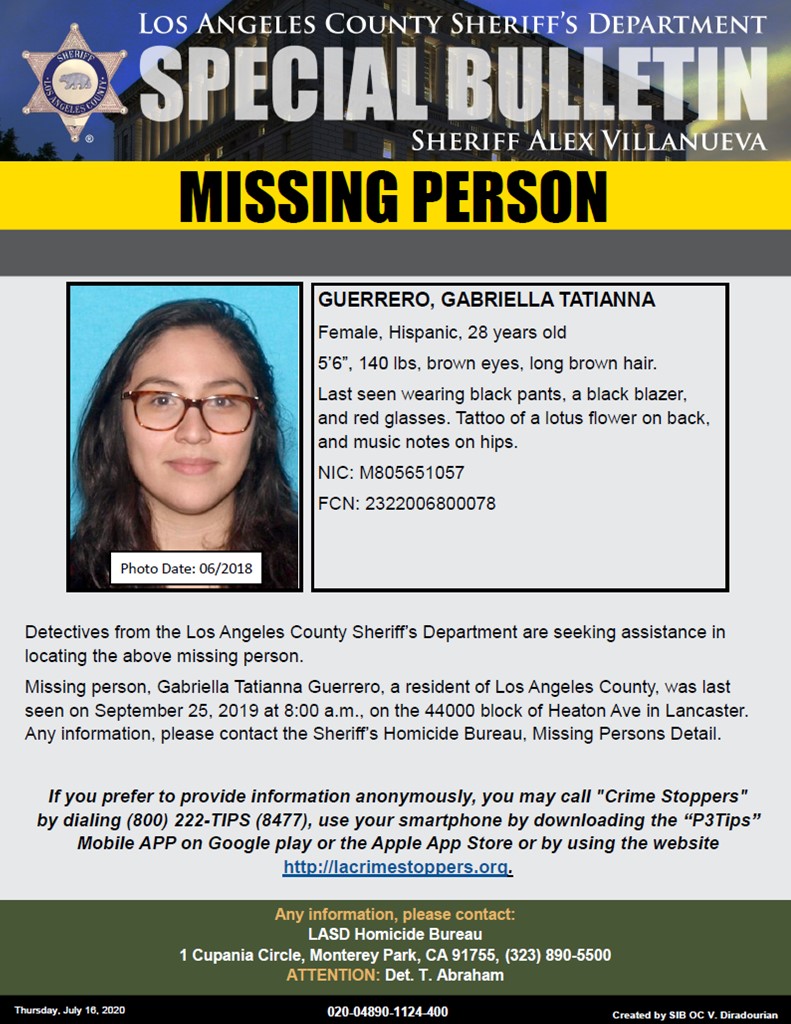