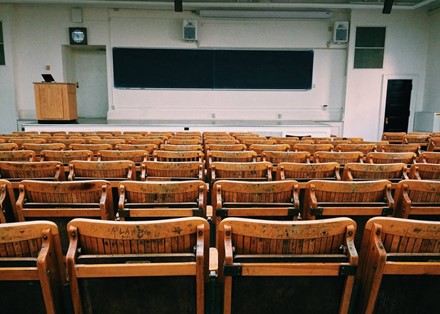 LOS ANGELES – The federal government, facing lawsuits filed by USC, Harvard and other colleges and universities throughout the country, Tuesday dropped a new visa policy requiring that international students take at least one in-person class or face deportation to their home countries during the coronavirus pandemic.

The decision was announced during a Boston federal court hearing on a lawsuit brought by Harvard University and the Massachusetts Institute of Technology challenging the ICE restriction. Multiple universities in Southern California and elsewhere also challenged the rule.

“We are thrilled that the government backed down and rescinded its rule that would have revoked visas for international students,” according to a USC statement. “That is why we led a coalition of 20 universities and colleges in the West and sued the government and also joined a friend-of-the court brief in the Harvard/MIT case. Our International students are a vital part of the USC community, and they deserve the right to continue their education without risk of deportation.”

The Harvard/MIT suit, filed July 6, asked the court to prevent the U.S. Department of Homeland Security and U.S. Immigration and Customs Enforcement from enforcing the new guidance and to declare it unlawful.

“In the midst of an economic and public health crisis, we don’t need the federal government alarming Americans or wasting everyone’s time and resources with dangerous policy decisions,” Becerra said Tuesday.

“The Trump Administration’s sudden reversal, in the face of a court challenge it was destined to lose, is a victory for these students, the colleges and universities at which they learn and the communities to which they contribute,” Feuer said.

On Monday, a coalition of 20 schools, including USC, sued the government in a bid to overturn the policy that would deprive foreign students of their United States visas if their fall classes are held solely online.

The lawsuit, filed in U.S. District Court in Oregon, alleged that the new rules suddenly put thousands of international students “in dire straits.”

“Those who are unable to enroll in in-person courses for the Fall face the threat of removal. They may be sent back to a country with little or no internet access, they may face new health or safety risks in that country, or they may not even have a home to go back to,” the suit said. “Once expelled, they may never be able to reapply for or reenter the F-1 (student visa) program, thus permanently ending their post-secondary education.”

Along with USC, plaintiffs included Pitzer, Scripps and Pomona colleges, the California Institute of Technology in Pasadena, Chapman University in Orange, Claremont McKenna College and the University of San Diego.

According to the 36-page complaint, the DHS and ICE gave no prior notice when it announced the new rules and gave no indication that the government “considered how its action would impact the health of students, faculty, staff or surrounding communities.”

When the policy was announced, ICE issued a statement saying the U.S. Department of State would not issue visas “to students enrolled in schools and/or programs that are fully online for the fall semester nor will U.S. Customs and Border Protection permit these students to enter the United States.”

In seeking a court order halting the policy, the plaintiffs in the Oregon suit alleged that the ICE order was “contrary to law and arbitrary and capricious.”

On Friday, attorneys for seven international university students studying in Orange and Los Angeles counties sued the Trump administration, alleging that new rules on foreign student visas makes them “pawns in a political drama.” The federal civil complaint, filed in Santa Ana, sought a court order preventing the government from enforcing the policy.

Because of the COVID-19 pandemic, universities across the nation began to shift to largely online classes in March to discourage bringing people together in a confined space.

At that time, international students were protected by guidance issued by the student visitor program, which kept non-immigrant student visas in compliance regardless of how their colleges managed the shift from in-person classes.

However, as California registers some of its highest new daily cases totals since the pandemic began, DHS rolled back its exemptions from the spring, requiring students whose schools choose to conduct the fall 2020 term entirely online to leave the United States.

USC announced Thursday that international students who need to take an in-person class this fall to maintain their visa status and avoid being deported under the new policy will be able to enroll in the course at no cost.