LANCASTER – A 31-year-old woman with the mental capacity of a 10- year-old went missing early Monday in Lancaster.

Jessica Lynn “Jesse” Reeves was last seen about midnight near her home in the 44000 block of Elm Avenue, between West Avenue J-4 and West Avenue J-8, according to the Los Angeles County Sheriff’s Department. She was wearing a dark blue sweater, blue jeans, black and white shoes, and a rainbow-colored necklace.

Anyone with information about Reeves’ whereabouts was encouraged to call the sheriff’s Missing Persons Unit at 323-890-5500. Those wishing to report anonymously can call 800-222-TIPS. 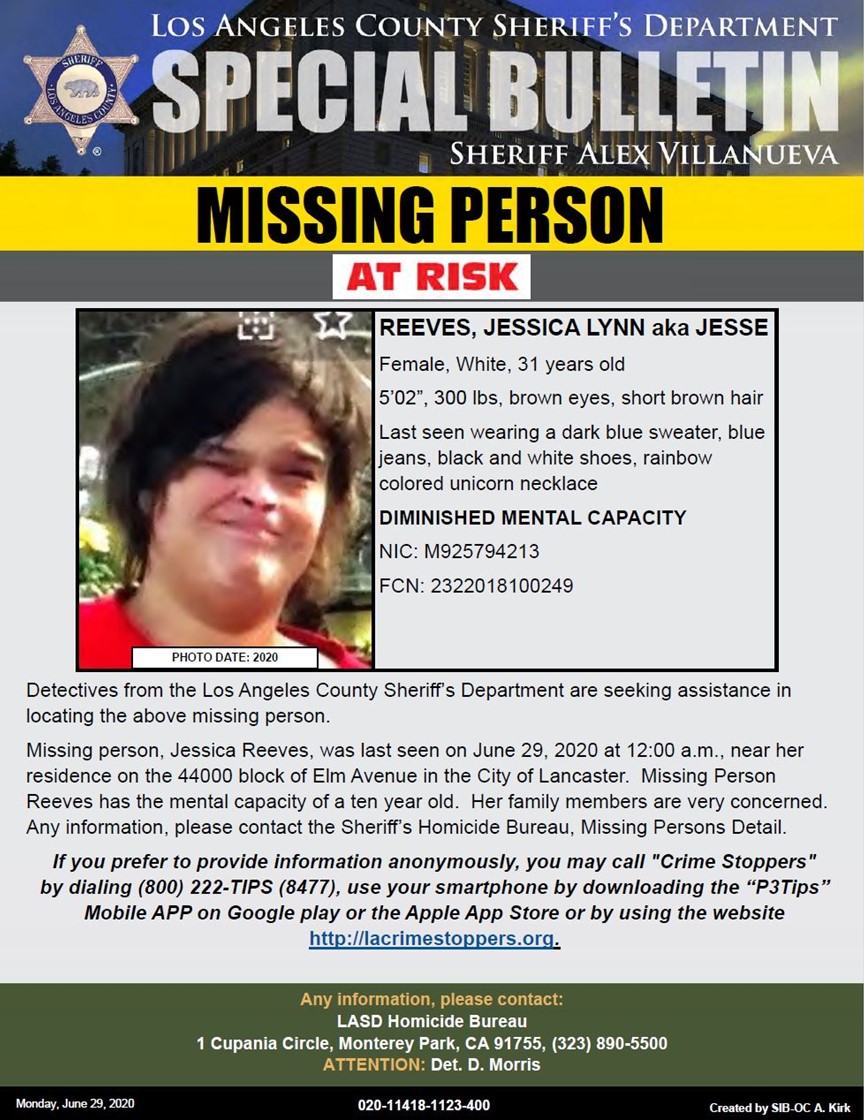