LOS ANGELES – COVID-19 continued to put pressure on the Los Angeles County hospital system Tuesday, with the number of patients continuing its upward march as the county confirmed another 2,000-plus cases.

Public health officials warned that the spiking numbers of coronavirus cases could cause the county to run out of hospital beds in the next two to three weeks, and out of intensive care unit beds potentially sooner.

As of Tuesday, the county was reporting 1,783 people in hospitals due to the virus, continuing an upward trend that has seen the number jump by more than 400 over the past month.

As of Tuesday, about 9% of the more than 1.1 million people tested in the county have tested positive. The increasing short-term positivity rate has been on the rise, raising further concerns in the county about spiking numbers and the possibility of an overwhelmed health system. The seven-day average of the daily positivity rate has increased from 5.8% two weeks ago to 8.4% as of Monday.

Health officials said new statistics indicate that on average, one in every 140 people in Los Angeles County is infected with COVID- 19 and capable of spreading it to others, likely without having any symptoms or even knowing they are carrying the virus. That figure is up dramatically from last week, when the estimate was one in every 400 people.

Some pundits have attributed the rise in overall cases to increases in testing, but county officials said repeatedly in recent days that the metrics clearly demonstrate an increase in community spread of COVID-19, the disease caused by the coronavirus.

Health officials said that cases affecting younger people between 18 and 40 have jumped by 42% over the past two weeks, making that age group the driving factor in the increases.

Gov. Gavin Newsom on Sunday ordered all bars closed in Los Angeles County, and he hinted Tuesday that more statewide restrictions could be on tap in an effort to prevent an explosion of virus cases over the Fourth of July holiday weekend. He also said he may announce stepped-up enforcement of the state’s requirement that people wear masks while in public.

Los Angeles County announced Monday that all of its beaches will be closed over the holiday weekend in hopes of preventing large gatherings. County Sheriff Alex Villanueva, who is embroiled in a continuing budget battle with the Board of Supervisors, suggested Monday his agency might not enforce the beach closure order. 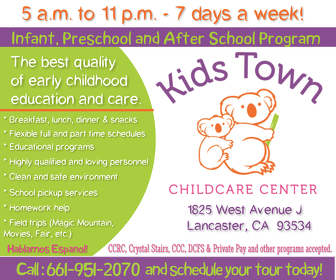