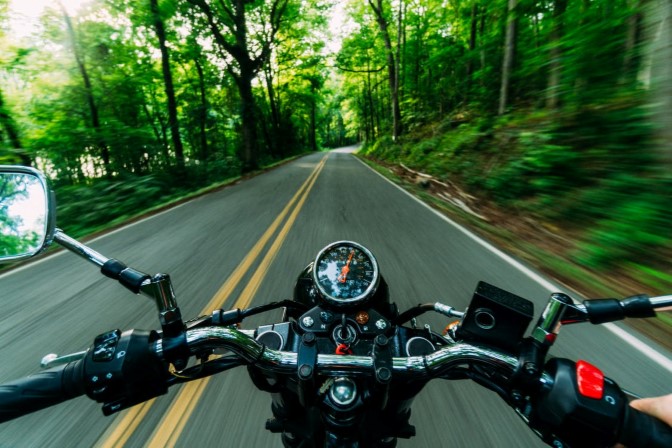 Looking for the best motorbike rides in LA County?

Well, you’re in the right place. Time is tight and we’re itching to show you around our favorite spots in the heart of LA.

Whether you own a bike or you’re looking for motorbike rental in LA, you have an abundance of showstopping rides right on your doorstep.

The archetypal Californian Ride, Pacific Coast Highway is a winding stretch of coastal roadway giving you mind-blowing ocean vistas over more than 100 miles.

If you’re a fan of the Fast & Furious franchise, you’ll recognize Neptune’s Net, a bike-friendly eaterie with plenty of parking out front. You can recreate the movie – Point Break was shot here, too – if you head down Highway 1 and Malibu.

Neptune’s Net has two different kitchens. Get fried food along with canned and bottled beverages from the restaurant side. The seafood side offers draft beer to wash down fresh and live seafood. Once you’re stuffed, hit the ocean-kissed highway and head home.

As you ride PCH, you’ll see everything from supercars to race-tuned Ducatis, ocean vistas to redwood trees. The contrasts liven an already-invigorating experience. Saddle up and hit the Pacific Coast Highway on two wheels.

2) The Snake on Mulholland

Are you ready for some seriously challenging riding?

If so, head to Mulholland Highway where you’ll find a series of no less than 21 tight turns one after the other. You’ll need to get low around these bends and be on top of your game.

For anyone who can cope with hairpin upon hairpin, stop off at The Rock Store when you’ve tamed The Snake. This biker-friendly pit stop is a favorite of Jay Leno and other Hollywood luminaries.

The only question that remains is which car will Jay be driving? His car collection is now valued at over $50 million.

Another ride for the more adventurous among you up next.

Head to Decker Canyon after stopping at The Rock Store. Due to the demanding conditions, this is not a route to tackle on the same day as The Snake unless you want some hardcore entertainment.

Again, neither this route nor The Snake is ideal if you’re inexperienced on two wheels. You could easily take a tumble on either route.

Before we round out with something gentle, another rigorous route for accomplished riders…

Angeles Crest bisects the San Gabriel Mountains and the Los Angeles National Forest. You’ll benefit from a mixture of elongated curves and much tighter bends as you surge down the highway on your iron steed.

Mountain vistas keep you fully connected to nature and you’ll get elevations close to 8000 feet from the peak of the Crest.

Stretching 66 miles with traffic lightening on the weekend, it’s amazing to believe you’re just 20 minutes outside downtown LA when you feel the wind on your cheeks and see stark mountainscapes even if you don’t get ocean views.

Malibu Canyon will feel like home even if you’ve never visited the US before. The moment you see those beachfront properties, you’ll be transported back to countless movies.

The same is true of the roads which make for perfect riding. The landscapes are rolling and the ocean views seem endless.

The other notable advantage of riding around Malibu is that the laid-back nature makes it completely beginner-friendly. If you’ve just arrived in LA and feel like experiencing the roads on two wheels, why not consider renting a motorbike?

If you head right out to Malibu Canyon, watch out for heavy traffic during weekends.

There are plenty of designated spots to stop if you want a bite to eat or some photo opportunities, so make a day of it and see all that Malibu has to offer.

Next time you’re in LA county, why not rent a bike and take advantage of some of these challenging routes?