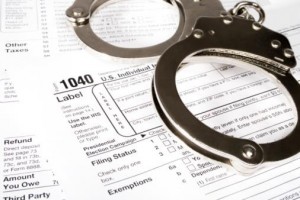 LOS ANGELES – The Los Angeles County Board of Supervisors voted Tuesday to back a state bill designed to allow the state Attorney General to more aggressively pursue tax evaders.

“California loses billions in tax revenue each year due to fraud and underpayment. AB 2570 enhances our office’s ability to go after major tax cheats who leave hard-working, honest, paying taxpayers carrying the burden,” Becerra said in a statement thanking the board for its support of the bill.

“In this time of major health and economic upheaval, we can’t allow tax evaders to shortchange our families of the critical services — education, healthcare, public safety, transportation — we count on,” he said.

Under the CFCA, those making false claims to a government entity are liable for three times the damages sustained.

“No tolerance for tax fraud,” he said. “This bill is another tool in the legal toolbox to protect important city, county and state programs and recover urgently needed funds for local communities.”

The proposal comes as local and state governments, including Los Angeles County, face massive budget shortfalls. If passed, the bill would also expand protections for whistleblowers, including protecting them from civil liability for sharing confidential documents.