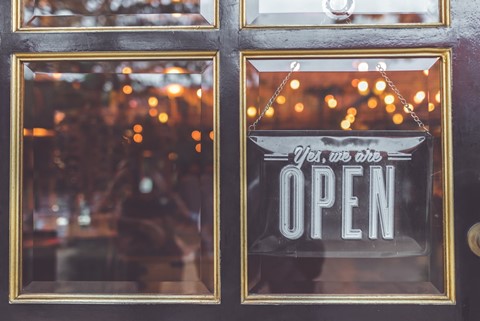 LOS ANGELES – As restaurants welcome diners back and other retail businesses open their doors to customers under Los Angeles County’s revised public health guidelines, the Board of Supervisors Tuesday approved a variety of plans intended to support those businesses.

Supervisors Hilda Solis and Janice Hahn co-authored a motion calling for grants of up to $3,000 for businesses with less than 100 employees to help them pay for masks, hand sanitizer and other safety-related supplies.

Ensuring compliance with public health regulations is critical not just to limiting the possibility of a surge in coronavirus cases, but to consumer confidence, the supervisors said.

“The challenge will be bringing consumers back. Consumer spending is two-thirds of the United States (gross domestic product). Our confidence in our ability to interact with others while staying healthy has been diminished. Absent a vaccine, businesses will have to find a way to convince consumers to shop or eat out, to travel, or go to a concert or a game,” the motion reads in part. [View the motion here.]

The supervisors asked that $60 million be identified — including through outreach to private partners — to help businesses succeed under new regulations, which would allow the county to offer grants to as many as 20,000 business owners. However, the motion also notes that an estimated 434,645 Los Angeles County businesses employ less than 100 workers, highlighting the fact that grants would be available to less than 5% of the total.

The motion anticipates that priority will be given to businesses in historically underserved communities and businesses impacted by recent protests against police brutality.

The board voted its unanimous support, and a report is expected back in two weeks.

Hahn and Supervisor Kathryn Barger submitted a separate motion seeking ways to help restaurants expand space for outdoor dining, which many think will be a first step to convincing many diners to return. They acknowledged that it may be late for some owners.

“Seemingly overnight, these establishments, large and small, were forced to fully transition to takeout or delivery service in order to stay in business. Many establishments could not make this sudden change and were forced to shut their doors; some may never reopen,” the motion states.

In a meeting of the county’s Economic Resiliency Task Force last week, Jeffrey Greenberg, CEO of the Sugarfish sushi restaurants, said he believed that roughly 200,000 of the 350,000 people employed in the restaurant business countywide had lost their jobs during the pandemic and related stay-at-home orders.

Greenberg said various city and county officials had been very supportive of restaurant operators trying to use space in parking lots and widen sidewalks to make room for more tables outdoors. The Hahn/Barger motion aims to set guidelines for using sidewalks, alleys and parking areas for dining, as well as expediting permits for these changes.

During last week’s meeting, Greenberg offered a proposal from industry leaders for safety standards and also asked the board to consider other ways to assist restaurateurs, including rent abatement combined with relief for landlords, liability limits related to COVID-19, and a statewide tip-related wage offset. He also asked for help in reducing the time to get new restaurants open.

Even as the board took steps to support more outdoor dining, it recognized that many county residents will continue to rely on platforms such as DoorDash, Postmates, Grubhub and Uber Eats to deliver take-out meals. Solis and Supervisor Sheila Kuehl co-authored another motion recommending that the county consider capping the fees that such services charge eateries, which sometimes run as high as 30% of the overall bill.

“Many of these food establishments have limited bargaining power to negotiate lower fees” given the small number of competitive delivery services, Solis said.

In addition to a cap, the motion recommends charging delivery platforms a fee to create a county fund to support restaurants.

“I don’t know why no one’s used the word gouging. We have taken a very strong stand against gouging in other areas,” Kuehl said, pointing out that many restaurants had little choice but to pay high rates. “Food delivery became a matter of survival for so many restaurants in the county.”

The ordinance, expected to be drafted by July 7, is anticipated to prohibit delivery businesses from cutting workers’ wages in retaliation, though Barger said it would be hard to prevent them from reducing the number of workers. The board directed staffers to reach out to Greenberg and other business and labor representatives for input on all of the details.

Barger asked for a review of the measure three months after the end of county stay-at-home orders, acknowledging that it could be extended, but worrying aloud about unintended consequences. She also called for a requirement for delivery businesses to provide customers with a breakdown of all fees to ensure transparency.

As many businesses countywide struggle with losses incurred during shutdowns imposed by stay-at-home orders, Los Angeles County has its own financial worries. County CEO Sachi Hamai and her staffers are working to revise the county’s $35.5 billion budget for fiscal year 2020-21.

Hamai said last month that she expects revenues to drop by roughly $1.5 billion over the next 12 months. Some of that could be offset by federal coronavirus relief dollars, but a slower economic reset could also cause those numbers to jump.

County departments have submitted proposals to cut up to 20% in annual spending, and the county has already instituted a hiring freeze and suspended matching contributions for many non-union employees’ 401(k) plans. The CEO is considering negotiating new contracts with labor unions, drawing down reserves and trust funds and specifically cutting programs that rely on state sales tax dollars as other ways to make ends meet.

Supervisor Mark Ridley-Thomas recommended that the county send letters to its contractors asking them to voluntarily cut rates through next June, a move he said generated $5.9 million in cost savings during the recession in 2009.

In his motion, Ridley-Thomas anticipated the county would sustain a $2 billion revenue loss in the year ahead and implied that “rainy day” funds built up over years may be exhausted.

The motion doesn’t include a suggested level of cuts, but Hahn indicated that the county would ask for reductions of up to 15%.

“I look forward to seeing who really wants to be our partner and who doesn’t,” Hahn said.

The board approved all of the motions by unanimous vote during a public teleconference.