LANCASTER – Detectives need the public’s help in figuring out what happened to a woman found dead in a Lancaster intersection last week.

She has since been identified as 51-year-old Chovonna Rhodes, according to the Los Angeles County Sheriff’s Department.

Rhodes was found “unresponsive and suffering from head trauma at the intersection of East Nugent Street and Andale Avenue,” according to a Sheriff’s bulletin.

A previous sheriff’s news release stated that Rhodes was found around 11:14 p.m. on Sunday, May 10.

Anyone with information about this incident is encouraged to contact the Los Angeles County Sheriff Department’s Homicide Bureau at 323-890-5500. To remain anonymous, call Crime Stoppers at 800-222-TIPS (8477).

Editor’s note: The sheriff’s bulletin below erroneously states that Rhodes was found on May 11, but Rhodes was actually found on Sunday, May 10. 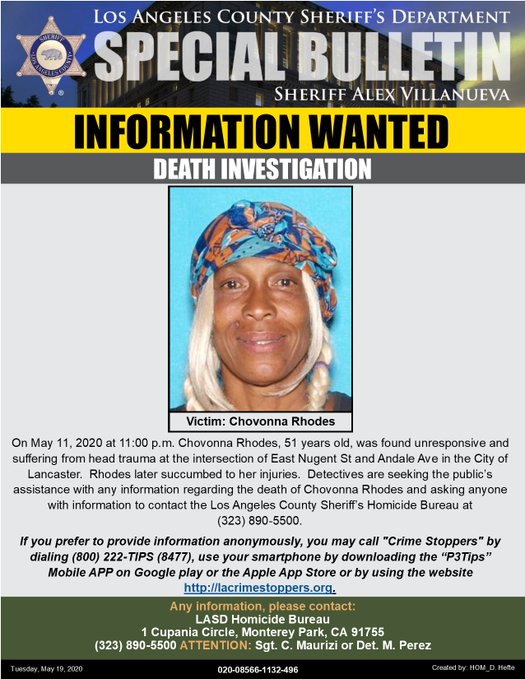