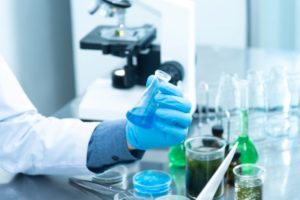 LOS ANGELES – The number of confirmed coronavirus cases in Los Angeles County topped 40,000 Wednesday, while results of the latest antibody testing showed a drop in the percentage of residents believed to have been infected at some point, an indication the virus’ spread is slowing.

Health officials warned, however, that there could be an array of explanations for the drop in antibody-positive tests between the first survey in April and the second this month.

The latest survey found 2.1% of the 1,014 adults who were tested had antibodies to COVID-19 in their systems, indicating they had been infected at some point. That was down from about 4.1% in the first round of testing in April, which involved 863 test subjects.

The testing is aimed at painting a broader picture of how widespread coronavirus infections are in the community. Projected across the county’s 10 million residents, a 2.1% infection rate would equate to roughly 210,000 people — far greater than the county’s current number of confirmed cases, which is around 40,000.

The first round of serology testing in April found about 4.1% of residents had antibodies in their system, suggesting an infection number of about 400,000.

Neeraj Sood, a USC professor of public policy at the USC Price School for Public Policy and lead investigator on the antibody study, noted several changes in methodology between the two rounds of testing, most notably a greater outreach to Spanish- and Mandarin-speaking residents in the May survey, along with changes in testing sites that contributed to different demographics.

The two percentages also fall within a standard margin of error in the testing, officials said. Sood also noted that people who may have been infected early in the pandemic may have “waning” levels of antibodies in their system that were not detected by the testing.

But he said there is reason to be optimistic over the latest testing results.

“What we find is that between the two waves there is no evidence of a big increase in incidence of COVID-19,” Sood said. ” … This shows that we are controlling the new infections in our community. The results still say, if you pool the results across the two waves, … about 3% tested positive, which means we are still far away from herd immunity, and we need to be conscious of that.”

Barbara Ferrer, director of the county Department of Public Health, echoed that optimistic tone, while also acknowledging that methodology may have contributed to the drop in percentage of antibody-positive tests.

“Despite the limitations, the results suggest there was not much spread in the virus in the general community population during the time between these two surveys and I think this is likely because so many us did a great job staying at home, physically distancing and wearing our cloth face coverings.”

She noted that the latest testing, like the first round, found that men are more likely to be infected with the virus, as are people in lower-income neighborhoods and people under age 55.

Additional rounds of serology testing are being planned, with officials saying they will be making efforts to include a broader array of the population, while also including people in nursing homes and children.