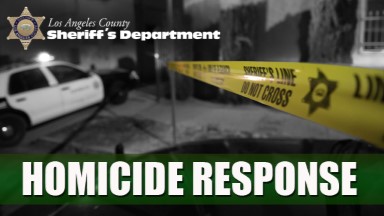 LANCASTER – A woman found dead early Saturday morning in Lancaster has been identified.

She was 52-year-old Valerie Villalobos of Lancaster, according to the Los Angeles County Coroner’s office.

Authorities have released few details about the circumstances surrounding the death.

The body was discovered around 1 a.m. Saturday, May 16, in the 43800 block of 15th Street West in Lancaster, according to a news release from the Sheriff’s Information Bureau.

“The female was pronounced dead at the scene. The investigation is ongoing and there is no additional information available at this time,” the news release states.

Anyone with information regarding this incident is encouraged to contact the Sheriff’s Homicide Bureau at 323-890-5500. To remain anonymous, call Crime Stoppers at 800-222-TIPS (8477).