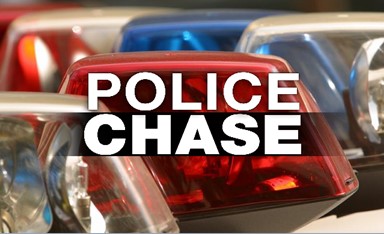 LANCASTER – A man was arrested Monday morning after he ran over a sheriff’s deputy’s foot during a traffic stop in Lancaster and led deputies and California Highway Patrol officers on a pursuit on surface streets to Palmdale, authorities said.

The incident began around 2 a.m. Monday, May 18, with a traffic stop at Avenue K and Gadsden Avenue, according to Lt. K. Turrill of the Lancaster Sheriff’s Station who did not know why the pickup truck was pulled over.

“The suspect drove away over the deputy’s foot,” Turrill said. Lancaster deputies began the pursuit and turned it over to the CHP.

The pursuit was entirely on surface streets at speeds of 40-65 mph, Turrill said.

It ended about an hour later at 22nd Street East and Palmdale Boulevard, where the suspect got into an altercation with CHP officers before he was taken into custody, according to sources at the scene.

The suspect was expected to be booked at the Lancaster Sheriff’s Station on suspicion of felony evading and assault with a deadly weapon on a police officer, Turrill said.

The deputy was taken to a hospital to be checked out, the lieutenant said.