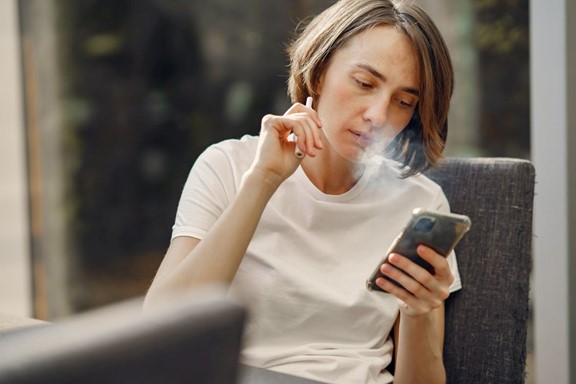 The mythologization of the vaping industry has been intensified by the information background that surrounds electronic cigarettes, as well as, high-tech nicotine products. Different countries and governments have taken varying positions when it comes to vaping. For instance, political criticism in the United States has caused hysteria around the topic while authorities in Great Britain, New Zealand, and Canada have embraced the full benevolence of vaping.

The appearance of vaping devices in the market worried health experts and the parents of most teens. Nevertheless, these devices have been marketed as less harmful alternatives to traditional cigarettes. Some societies, including the political class, have developed a myth that depicts vaping as a way of adding nicotine into the body. Some have even argued that vaping can be a gateway to smoking.

But, this could be fueled by the political attitude that some people have towards vaping. This may explain why some people continue to search for and use the best e-cig in the market. And, vaping has become a lifestyle for some people. It’s a trend whose popularity keeps growing.

The current market has different types of vaping devices from various manufacturers. They include vape pens, pod systems, and mods. What’s more, there are different flavors of electronic cigarettes. The representatives of governments in different countries have varying positions when it comes to vaping and this explains why countries have varying restrictions for vaping.

And because vaping is relatively new, governments are changing their positions and the market situation is also changing. Essentially, every country where people are vaping has regulations for the habit. But, there are no universal restrictions yet.

For instance, the United Kingdom is softer when it comes to limitations. The United States, on the other hand, seems hostile because of the latest reports of illnesses and deaths caused by vaping products.

According to the European Union’s regulations, the sale of vaping devices whose nicotine strength is 20mg/ml and above is prohibited. On the other hand, some of the e-liquids that are sold in the United States contain nicotine strength of up to 59mg/ml.

Vaping Ads in UK and US

When it comes to advertising, companies that manufacture the best e-cig and other vaping products are guided by certain rules. For instance, the European countries issued a Tobacco Products Directive that took effect in 2016. This directive sets certain rules about the sale, production, and presentation of electronic cigarettes. The restrictions specifically deal with packages, labeling, and advertising of vaping products.

And, all this points to the political will to regulate vaping in each country. Other countries may have different political attitudes towards vaping ads.

Political Approach to Vaping in the UK

Currently, the UK government leads when it comes to the regulation of vaping products. This government has established a permissive market for vapes within an age-controlled, strict, regulatory framework. Unlike in the U.S, the public health community in the UK has been engaging the political class and society continuously.

For instance, the Public Health England commissioned a seminal independent evidence review in 2015. This review established that e-cigarettes are around 95% less harmful than traditional cigarettes. This formed the basis for endorsing vaping as a smoking cessation technique.

Currently, a smoke-free policy position has been adopted by the National Health Service. This position encourages smokers to switch to vaping. For instance, the policy encourages pregnant women to switch to using the best e-cigs if they help them stop smoking. That’s because vaping is safer than smoking even if it is not completely harmless.

Such developments have prompted some members of Parliament to call for the prescription of e-cigarettes in pharmacies for smokers. Nevertheless, the NHS has not prescribed e-cigarettes as an alternative for nicotine replacement therapies.

Political Approach to Vaping in the U.S

The U.S political class views vaping differently. For instance, when reports of the lung injury disease emerged, the U.S Centers for Disease Control blamed e-cigarettes for it immediately. CDC did not wait for investigations to be completed to prove that all e-cigarettes caused the illness. Only later did experts reveal that only THC-containing vapes caused the illness.

Currently, the U.S has millions of people using electronic cigarettes. And, less than 3,000 cases or deaths from EVALI have been reported so far. What’s more, one out of five deaths in the U.S is related to smoking or secondhand smoke. On average, 1,300 smoking deaths occur every day with over 480,000 Americans dying from smoking annually. This explains why the U.S political class should be determined to explore alternatives for traditional smoking.

This panic has obscured the fact that most cases are occasioned by experimental and not frequent use of e-cigarettes. Nevertheless, some politicians have publicly argued that banning even the best e-cigarette brands or flavors will be detrimental. That’s because some experts have encouraged adult smokers to switch to vaping as it’s a less harmful alternative.

Political attitude to vaping varies from one country to another. Even the attitudes of politicians in a country vary when it comes to vaping. Nevertheless, most European countries have a more positive attitude toward vaping than the U.S. However, they have stricter regulations when it comes to the content and sale of the best electronic cigarette and other vaping products.