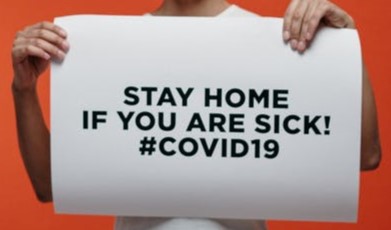 LOS ANGELES – Los Angeles County residents will likely find themselves under some type of “Safer At Home” restrictions for another three months, barring a major change in the fight against the coronavirus, the county’s public health director said Tuesday.

The extent of what those lingering restrictions will entail wasn’t immediately known.

Barbara Ferrer, director of the Department of Public Health, said some form of the county’s Safer At Home health order will most likely remain in place “for the next three months” unless there is a major change in the fight against COVID-19.

“There’s now no way, unless there was a dramatic change in … this virus and the tools that we have at hand to actually fight against this virus, there’s no way that we could in fact see us not needing to continue with a set of restrictions,” Ferrer told the Los Angeles County Board of Supervisors.

Such “dramatic change” would have to include a reliable vaccine, at- home daily testing for COVID-19 and treatment for the infection, she said.

“… Without good therapeutic medicines that are widely available and widely effective, without a vaccination and without the kind of … home testing, rapid-test kits that would let every single person test themselves every single day … what’s left are in the fact the restrictions … that form the biggest part of our community mitigation efforts, and the contact tracing that we do to make sure that we’re able to isolate and quarantine people as appropriate,” she said.

Ferrer did not specify what types of restrictions might remain in place. The countywide Safer At Home order that mandates business closures and urges residents to remain at home as much as possible, practice social distancing and wear face coverings when interacting with others is set to expire Friday, May 15.

Ferrer said an updated health order will be announced on Wednesday. Exactly what that order will entail was not revealed.

Ferrer and other county health officials have been frank in recent weeks that restrictions such as social distancing and face coverings will be the “new normal,” likely for months to come, as efforts continue to slow the spread of the virus.

“It’s an unfortunate part of this pandemic is that it’s so long-lasting,” Ferrer said.

Los Angeles County beaches are scheduled to reopen for active use only on Wednesday.

Ferrer indicated during Tuesday’s board meeting that more openings could be done on a much slower basis.

“I do think recovery will be monthslong based on the tools we have at hand today,” Ferrer said.

Gov. Gavin Newsom announced Tuesday that the state was again loosening its statewide umbrella health order to give individual counties the authority to allow shopping malls, strip malls and outlet malls to reopen with curbside pickup. The state modification would also allow counties to authorize the reopening of some offices, if workers are unable to work remotely.

Newsom said modifications were also being made to accommodate services such as car washes, pet groomers and dog walkers. He noted that changing the statewide order doesn’t automatically mean such businesses will be allowed to reopen, with the specific authority delegated to individual counties based on their individual circumstances.

“The statewide order affords the opportunity for local government to come in to reform with those guidelines,”Newsom said.

The state has also released guidelines for dine-in restaurants, when they are eventually allowed to reopen. When such openings are permitted, the guidelines call for restrictions on capacity and mandates on safety, such as face coverings for employees and customers.

“During today’s Board of Supervisors meeting, Dr. Barbara Ferrer indicated that the County’s health officer order would be in place over the next few months. Unfortunately, this statement was taken out of context and has understandably caused great concern by the public. Relaxing the restrictions in the “Safer at Home” order is an important focus for the County, which will be done gradually over the next few months.

“I am eager to reopen more of L.A. County as soon as it’s safe to do so, in collaboration with our health experts, community leaders, businesses and residents, with best practices in place to ensure our overall health and well-being. These decisions will be guided by the latest science and data collected. I’m confident that the more our communities continue to comply, the sooner we can resume normalcy.”